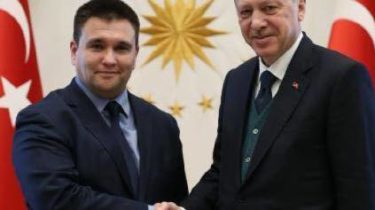 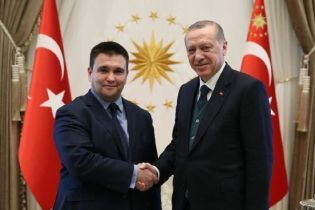 The parties discussed the issue of the release of the hostages and the participation of the Turkish side in this process.

The Minister of foreign Affairs of Ukraine Pavlo Klimkin during his visit to Turkey met with Turkish President Recep Tayyip Erdogan.

Klimkin noted that the issue of ensuring rights of citizens of Ukraine who are experiencing oppression and repression in occupied by Russia territories of our state, are in the focus of attention of Ukraine. However, it is extremely important that these issues are the focus of our strategic partner – Turkey.

The Minister stressed the necessity of continuing the Ukrainian-Turkish cooperation for the release of Ukrainian political prisoners held in occupied Crimea and on the territory of Russia, including with the involvement of leaders of the Crimean Tatar people.

The meeting welcomed the development of Ukrainian-Turkish bilateral cooperation, including deepening economic and trade cooperation and interpersonal dimensions.

In addition, the parties discussed the main elements of the preparation for the Seventh meeting of the Strategic Council of high level, which will be held this year in Turkey, under the co-chairmanship of the presidents of both countries.

The meeting was also attended by Commissioner of the President of Ukraine for Crimean Tatar people Mustafa Cemil, the first Deputy Minister of information policy of Ukraine Emine dzhaparova, MP Maria Ionova. Also present were Deputy Chairman of the Majlis of the Crimean Tatar people Ilmi Umerov and Akhtem Chiygoz, who was released from Russian captivity thanks to the efforts of the Turkish side.

We will remind, Akhtem chigusa and Ilmi Umerov, convicted in the annexed Crimea, gave the Turkish side at the end of October last year after personal negotiations between President Recep Erdogan and Russian President Vladimir Putin.