“Amber case”: Rosenblat said that was his name, the bills were fake 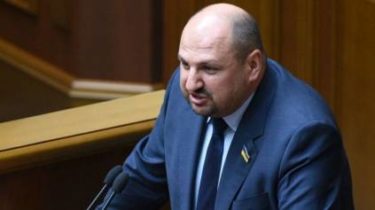 “Amber case”: Rosenblat said that was his name, the bills were fake

Also the lawyer of the people’s Deputy told, with some jewels Rosenblatt was removed from the plane.

Was in 2016 in the Verkhovna Rada the bills signed by MPs Borislav Rosenblatt and Maxim Polyakov rigged.

This was stated by the MP Borislav Rosenblatt, writes “Ukrainian truth”.

“I did not sign and did not make the bills. Someone signed and entered it on my behalf. And by law, the Deputy shall personally sign the projects that makes. Today I am going to the attorney General to testify on this issue and write a statement about the crime,” he said, adding that the check the bills out after the opening of criminal proceedings against him.

As noted, we are talking about two bills that appeared in the criminal case against the Rosenblatt and Polyakova, registered in the Verkhovna Rada under No. 5436 and # 5437 with their signatures on the taxation of activities related to the extraction of amber.

According to the results of the handwriting examination conducted by the Kiev research Institute of judicial expertise on the initiative of NABOO, signed the bills don’t belong to these deputies.

“This examination showed that Rosenblatt did not put any signature and did not commit any action in respect of an agent of Catherine. We were waiting for the results of the examination to apply, as otherwise the deal would not be investigated”, – said the lawyer of the people’s Deputy Alexey Shevchuk.

In addition, the MP carried out the examination of jewels, which he was carrying when he was detained at the airport “Zhulyany” and was removed from the plane.

“This is gold jewelry. According to the examination, which was held by the State Gemological center of Ukraine, it was not diamonds, and amethysts, Topaz, chrysolite is a precious stones 2-4 order. And cubic Zirconia is a synthetic precious stone. No diamonds were not. The cost of these alleged “diamonds”, according to the results of the forensic tests, up to 44 dollars. We are talking about the stones,” – said Shevchuk.