On Donbass wounded two soldiers. Days in the East 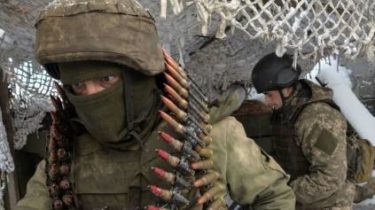 On Donbass wounded two soldiers. Days in the East

The injured was immediately taken to hospitals and given the necessary medical assistance.

Over the last day, March 31, the Russian militants occupying forces continued to disrupt the “Easter truce” having made 11 attacks on the positions of our defenders.

As a result of enemy fire two Ukrainian defenders injured, the press center of staff ATO in Facebook. The injured was immediately taken to hospitals and given the necessary medical assistance.

In particular, in the direction of Donetsk from rocket-propelled grenades and small arms enemy four times opened fire on Ukrainian positions near Water.

On Lugansk the direction from mortars of 82 mm calibre, grenade launchers and APCS invaders twice fired on the fortifications in the area Katerinovka.