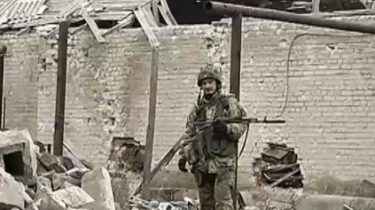 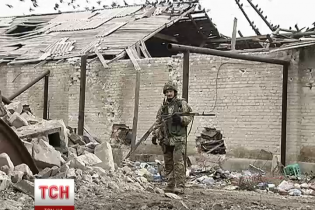 Military assure that the place is not abandoned.

Elite settlement that no longer exists. Ukrainian soldiers kept the defense in the famous Sands for the last surviving walls. But are convinced, from there they will not back down, says the story TSN.19.30.

The famous Sands, well, who knows in Ukraine, this once-elite settlement. So, no more Sand, completely destroyed. Not a single intact roof or wall. Luxury homes Donetsk elite empty. Military show estate, which, as locals say, before the war, liked to relax Yanukovych himself.

From obviously wooden house leaving only the bolts was the salt room and the pool. Partially survived only expensive granite pavers and a gazebo on the shore of the pond.

Luxury homes Donetsk elite empty. Ukrainian soldiers kept the defense in the famous Sands for the last surviving walls, but claim to be from there, they will not back down. This Paradise separatists methodically destroyed three years. 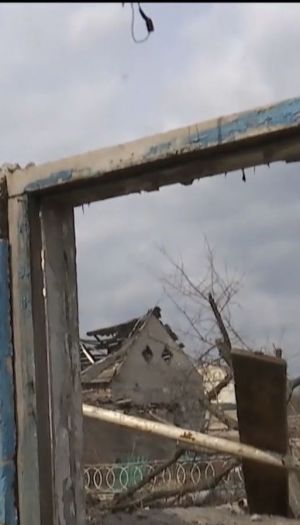 Enemy tanks are not afraid of separatists know that “ukram” we have to meet. But the guests can come. Twice after the major religious holidays warriors of the so-called “DNR” were here without weapons.

“They just went on the road. After alcoholic intoxication, so already on the “I’m crashing”, hard it was for them,” says APU soldier.

If and after Easter it will be difficult, the soldiers of the first company to promise them again to welcome.And even under the handle to hold in the rear, where no one shoots.