The Metropolitan Troyeshchina broke Elevator in a high-rise – media 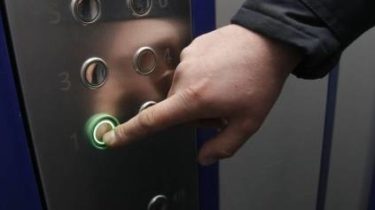 The Metropolitan Troyeshchina broke Elevator in a high-rise – media

The victim was taken to the hospital.

In Desnyanskiy district of Kiev broke the Elevator in the stairwell of a local apartment buildings. This is reported Vertov.Espresso.

Elevator car fell down from the height of the third floor. At the time of the incident in the Elevator was a man. He was taken to the hospital by ambulance.

Other details of the incident and the address of the house where it happened, not lead.

Earlier, in the Elevator of high-rise buildings in Simferopol killed the mother and the baby. First lift clipped a stroller with a toddler and killed him, and then went up and crushed a woman.

38-year-old woman called my husband in hysterics, they say, the Elevator stuck, and the son died. When the man and neighbors ran to help, saw sandwiched between the door carriage. People tried to open the door, but the lift moved upwards, crushing the woman. Without a mother left two children: 14-year-old girl and 8-year-old boy.