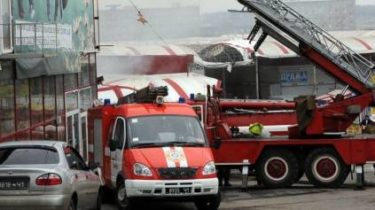 Victims of the fire there.

In the center of Kiev, Zhilyanskaya street, in the municipal Academy of fire the wooden Church.

About it reported in management of gschs in Kiev.

“On a scene immediately there arrived rescuers of the 4th State firefighting and rescue part. Having arrived to a call place, firefighters found that the Academy was burning garbage in the area of 4 sq. m. with the fire spread to the nearby wooden Church. Wasting no time, the rescuers immediately started to extinguish the fire. Already at 00:23 soldiers of localized fire, and at 00:29 – liquidated”, – stated in the message.

Oil spill in Indonesia. The number of deaths as a result of fire doubled

The fire outside wall of the Church with an area of 3 square meters were damaged.

The cause and circumstances of the fire will be found out by militiamen. As a result of incident nobody has suffered.

Unrest was in Victory square in the capital. It evacuated the shopping center “Ukraine”. All – over fire fighting training. Managers of the center together with chrezvychainoe claim – made all the conditions as close to real life. Really, for example, drivers did not miss the fire trucks and ambulances. 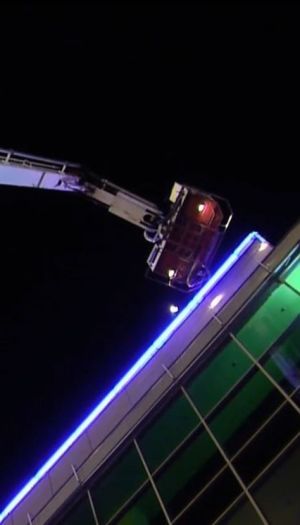 We will remind, in front of the Kiev circus on 5 April, in the evening, evacuated the shopping center “Ukraine”, in which the teachings mchsnikov.