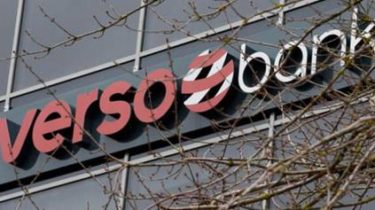 On this question in their open letter.

Ukrainian shareholders Versobank AS Vadim Ermolaev and Stanislav Vilensky require from the Central Bank of Estonia official denial of information that at the time of the revocation of the license of the Bank “systematically violated the rules for combating money laundering”.

On this question in their open letter, the text of which leads to “Law and Business”.

On March 26, the European Central Bank, the decision was taken to revoke the license of Versobank AS. At the same time on the regulator’s website published a commentary of the Deputy Chairman of the Central Bank of Estonia Madis Muller about the relationship of this decision with non-compliance by the Bank legislation in the sphere of combating money laundering.

“These statements cause us, the shareholders of the Bank, just indignation”, – noted Vadim Ermolaev and Stanislav Vilensky, and give their reasoning.

“For six years working in the banking market of Estonia, we respect and are sympathetic to the decisions of the regulator and its efforts to clear market from suspicious transactions. When held in 2015 check Versobank AS revealed vulnerabilities in the control procedures, the Bank’s shareholders have made every effort to eliminate existing shortcomings. We replaced the top managers and officers responsible for combating money-laundering; we have improved internal procedures and the tightening of criteria for the evaluation of customer operations. We deliberately went for the cessation of work with many clients who are not ready to the rigid standards of control of their operations.

Instead of trying to encourage these measures, the Estonian regulator groundlessly accused the Bank of violating the legislation on combating money laundering on the results of inspections three years ago, without giving any specific and fresh example.

Another reason for discontent with the words of Mr. Muller became a large percentage for non-resident customers and these deposits of nonresidents in the structure of Bank liabilities. The representative of the Governor himself acknowledged that it is a feature of many European banks

working in small markets, but did not explain why he was punished only Versobank. He also forgot to mention that the article 63 of the Treaty on European Union guarantees the right to free allocation of capital, which allows non-residents to freely carry out transactions in European banks.

“Closing Versobank is a signal that the Estonian banking system has no place for money-laundering”, — stated in the message of the Central Bank of Estonia. But in fact, it is a clear signal that any investor can become a victim of the unpredictable arbitrariness of the authorities of Estonia, regardless of its efforts to comply with the national legislation and contribute to the development of the national economy and culture.

We would not like to think that the elimination of Versabench is an example of selective application of the law only because we, the owners of the Bank – the Ukrainians. After all, other European banks with a similar asset structure and much weaker control continue to work.”

In this regard, Vadim Ermolaev and Stanislav Vilensky demand from the Estonian regulator’s official refutation of the information about

that at the time of the revocation of the license of the Bank “systematically violated the rules for combating money laundering”.

In the case that such a rebuttal will not be published in the near future, the Bank’s shareholders promise to protect his good name by means provided by law.