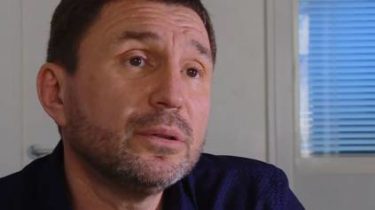 He itsau voice Dubinsky on the records of the SBU.

In Kiev lives the brother of the Russian military Sergey Dubinsky with the nickname “Gloomy”, which is considered to be involved in the shooting down of the plane Malaysian airlines MN17.

This is stated in the investigation of Radio Liberty journalists who have found a brother “Gloomy”.

Roman Dubinsky was told that his brother was indeed Russian military and fought on the side of the militants in 2014.

“He called me himself and said that he was “now in the DNI”. I say, “what are you doing?” I fundamentally do not understand. I have a different position is fully Pro-Ukrainian,” he says.

Roman also spoke with his brother once the press started writing about the “Gloomy” in the transportation “Buck” who shot down the plane.

“When I learned about this plane, I called him too. I had his phone, then I deleted it. I called him and asked – who did this? He told me that it was the Ukrainian side. That was the answer. I said here and the facts are, and record some there. He said that we didn’t do it, it was “a provocation”, – said Roman Dubinsky.

Journalists asked Roman to listen to a recorded interceptions SBU, which allegedly featured the voice of Sergey Dubinsky. “Similar, Yes. What I hear – Yes, there are similarities, and very strong,” said the man.

Roman Dubinsky said that for more than 10 years no contact with her brother because family quarrel. He too was once a soldier, but retired from the army in the early 90-ies.

“Our mother was very seriously ill with cancer. And he had the attitude is very peculiar. And I struck out for myself,” says the brother of the Russian military, who is known to be involved in the attack on a passenger plane.

The Sergey Dubinsky journalists also found. He lives on a Big farm Log in Rostov region of the Russian Federation. But talking to the press, Russian military and did not want to hide from reporters behind the high fence of his house.