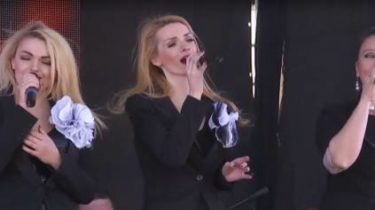 The musicians went to the Donbass with some fear.

On the outskirts of the troubled Town, just a kilometer from the trenches, groups from across the country set the stage and dragged Ukrainian songs.

The square to the stage, the people converge with caution. Even on Easter night the city was fired. In the neighbouring Sands was a fight, there is severely wounded one Ukrainian soldier. But with the first chords tightened children. Start dancing, singing. In the house of culture Sergey Zhadan and Dmitry Lazutkin with friends-poets read poetry.

The perimeter of the area – dozens of military. They not only listen to the concert as security to organize.

“To the front line of almost a thousand metres on some sections even closer. There is a danger, but the community fellows, not afraid. I think we have to show them this is our country”, – said the officer of the 95th brigade of the APU Denis Peskov.

Concert under the noses of the separatists. On the outskirts of the troubled Town, just a kilometer from the trenches, groups from across the country set the stage and dragged the Ukrainian song. Good equipment and a strong wind, probably, denounced Ukrainian songs and in the occupied territory. 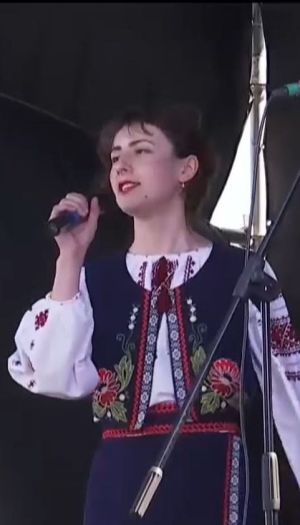 With some caution and drove the musicians, said the concert organizer Angelica Rudnitskaya, but only beginners. “Select Kobzar”, “Papa Carlo”, “Ocheretyany kit”, “Zhadan and dogs” on the front are already not the first year. Importantly, the situation is changing, says the singer. Previously they were torn in front of the city, now residents of the Town asked them for the Easter holiday.

“And it used to be like? We come to you, take us, looking for a place where we play. So it was a different approach and is the most valuable and yet – to me in Privat wrote people from the occupied territory that they are going to come. Of course, no one wears name tags, but if there is, then I’m very happy,” – says the organizer of the concert, the singer Anzhelika Rudnytska.

Good equipment and strong wind probably bring Ukrainian songs and in the occupied territory. It is clear that even one shell could stop the feast, but the militants did not shoot.

This concert not only for the Town, he and those guys who sit in the trenches already in the field. Here Ukrainian soldiers, with another – too many Ukrainians. I want to believe that listening to these songs, they too can break your heart and something stirs in my soul.