Luxurious homes, cars and factories. What MPs sign over their wives 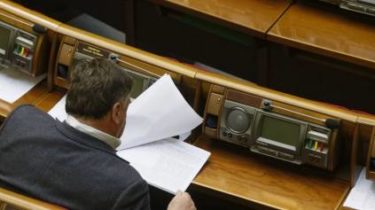 Luxurious homes, cars and factories. What MPs sign over their wives

The MPs say that trust his mate. But the families of some of those in power does a real financial matriarchy.

Wife almost every Ukrainian politician are successful entrepreneurs and get millions of hryvnia, while their husbands live only on a parliamentary salary, says the story TSN.19:30.

In the declarations of the elected officials put their property, money, car Park and house to their wives. MP Yuriy Pavlenko explains that trust can only be wives.

Video”I didn’t Have time,” the MPs said, why put their property on wives

Almost every Ukrainian politician-men – the second half became a successful businessman and gets millions. TSN has decided to investigate the phenomenon of successful women MPs. 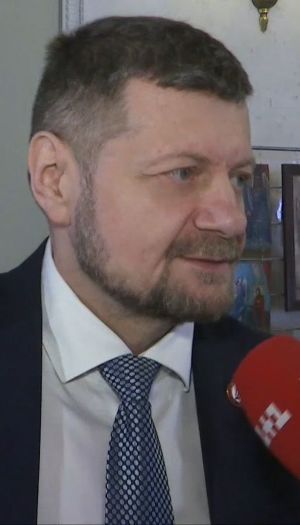 But the Deputy Tetiana Ostrikova has an opinion about the causes of this phenomenon.

“And the reason is that transactions and transaction costs, more than 80 thousand hryvnia, we, MPs, should declare, and the members of our families don’t have to declare. Tuition, buying cars, jewelry,” – said Ostrikova.

In turn, the MP Igor Mosiychuk said that his wife leases for 35 thousand house in which they live, but officially she is not employed.

“The wife recorded the house and land. And 50% of the law firm,” shared another MP Ruslan sydorovych.

“The wife declared 80 thousand dollars. Mercedes – owner wife, and I have the right to use”, – joyfully said the MP Yuriy Pavlenko.

The people’s Deputy Oleksandr Tretiakov said that the Declaration has about $ 8 million, two Mercedes, and his wife – “Maserati”. In addition, his wife recorded her fur coats, jewellery and home.

“Because we had to arrange a lot of papers, I didn’t have time to go to all instances” – said the MP, why not issued at home.

Deputy Ivan Miroshnichenko says his wife is something she earns.

“I spent my whole life everything I made… two houses or corporate law – I once designed for a family,” admitted Miroshnichenko.

Matios explained why the wife calls it “baby soft”

At the same time, Vasily nimchenko not very willing to talk about their income, though admitted that “a few million” he has for sure. My wife called the MP a feminist and says that she herself earns a lot.

“How can a feminist have? She pays for the family itself. And for me… She’s my Minister of Finance. My business only to support her and not to anger” – shared Nimchenko.

MP Boryslav Rozenblat said that the wife declared more than $ 1 million, and she gives him money as needed.

“Remember that there are two cars, several businesses, a residential house. My sister was engaged in agrarian business, a wife, a dairy business. As they say, a reliable rear. …Really gives. I say go to Kiev, you have so much money. She just gets all,” – said Rosenblatt.