In Russia opened a case against the Ukrainian military and netguardian 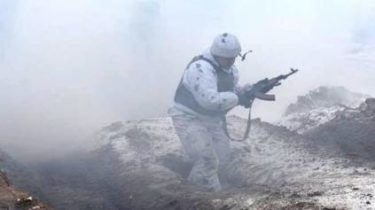 In Russia opened a case against the Ukrainian military and netguardian

They allegedly fired at Donetsk on April 11.

Russian investigators opened a criminal case against members of the Armed forces and the National guard of Ukraine.

They were accused of performing a “manifestly criminal orders of superior officials of the Ministry of defense of Ukraine”, reported on the website of the Investigative Committee of the Russian Federation.

Ukrainian military allegedly fired on April 11 of this year, from artillery objects of infrastructure in Donetsk.

“As a result of a massive fire three civilians were injured, and partly destroyed at least 12 buildings, including residential homes and other civilian infrastructure,” the Russian IC.

Previously the Investigative Committee of Russia accused the Ukrainian military in the abduction of volunteers from Russia in the Donbass.