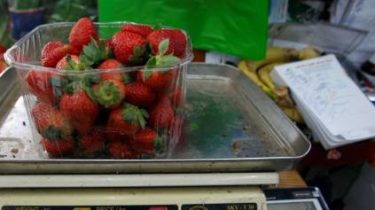 Armed nitrate device, the correspondent of Kyiv walked through the greenhouse and market.

Ukraine is now the peak of the prices for vegetables, according to a story TSN.19:30.

Nutritionists told us how to avoid the spring beriberi

The price of radish is almost unchanged compared with last year – 25-30 UAH. But the cucumbers, tomatoes varies with cultivar in the range of 50-90 UAH. Last spring was 20 hryvnia cheaper.

Videoton made a test for nitrates in vegetables, which rose so quickly in price

For the month cucumbers and tomatoes rose by 10 to 20 hryvnia per kilogram. Experts explain that this is because the old greenhouse crops sold, and the new is not yet ripe to such an extent to fill the entire market with no exports. On the market know of any other reason for price increase of vegetables. But as far as the price matches their quality. 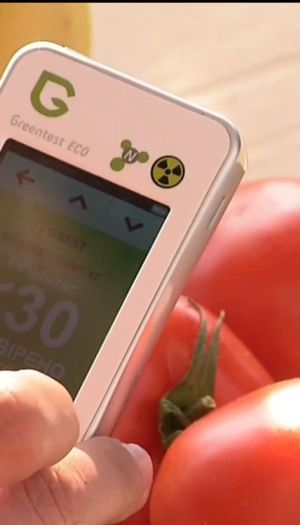 Experts explain it to that old greenhouse crops sold, and the new has not yet matured to such an extent that flood the market. This is confirmed by the farmers themselves.

Also greenhouse workers are assured that no chemicals in their work is not used, all grown on the soil, fertilizers take only natural.

Tested for nitrates staged and on the market. And local, and foreign cucumbers and tomatoes, too. The device was also Azerbaijani pomegranate and early strawberries. And even in the last of the nitrates was not detected.