“Hurt and hiding will not”. Holodnitsky told, when I explain the “aquarium” case 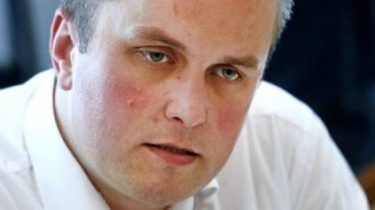 “Hurt and hiding will not”. Holodnitsky told, when I explain the “aquarium” case

According to the head of the anti-corruption Prosecutor’s office to investigate the complaint it will take about two days.

The head of the Specialized anti-corruption prosecutors Nazar Golodnitsky ready in the near future to provide an explanation of the Qualification and disciplinary Commission of prosecutors in open against him.

“Tomorrow I will go to get acquainted with the complaint and will provide all the explanations. To hurt, to hide or otherwise the pull will not,” he said.

According to Golodnitsky, he received dated 4 April, the decision to open against him of the disciplinary proceedings until Monday, April 16.

Also, the head of EPS confirmed the words of the attorney-General that was in short vacation in Lviv and Ternopil, where he visited the graves of their relatives.

“First, read what I want “to go.” I think two days later, give a reasoned response on each point,” assured Holodnitsky.