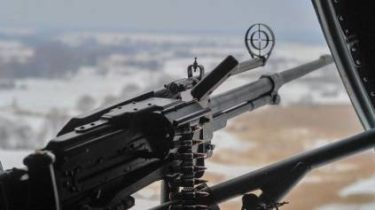 The position of the militants located there from 2015.

The Ukrainian military in the Donbass after the provocations of the militants on the arc Svetlodarsk destroyed the old position under the name “the Boil” and two terrorists.

This was reported by the volunteer Yury Mysyagin.

“And then, when all analytical work was carried out with different places, the terrorists started distribution of “kicked”. And well, I want to tell you, started to distribute. On the one hand connected the heavens and began to “meteor rain”, and on the other simultaneously began working as an unknown “Third force,” he writes.

From Svetlodarsk arc again and again came the good news. Terrorists and admirers of the “Russian world” on Donbass, Oh…

According to the volunteer, two militants were killed in the clash, two others were injured. In General destroyed the old position of terrorists on Donbass under the name “the Boil”, located on the arc Svetlodarsk 2015.

Also as a result of successful actions of the Ukrainian military has been damaged and destroyed six firing points militants and temporary firing positions.

It is noted that in this area the militants are periodically made provocative shelling of Ukrainian positions. After that, the military in the area of responsibility of the 54th brigade began to collect analytical information about the number of people, positions, etc.