Two of the wounded soldiers. A day in the area ATO 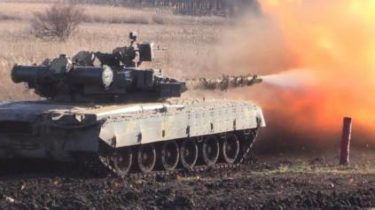 Two of the wounded soldiers. A day in the area ATO

The victims were taken to the hospital.

The militants over the past day in the Donbas has made 59 of shelling of positions of Armed Forces of Ukraine. As a result of enemy fire, one Ukrainian soldier was wounded. Another one received a combat injury. The injured soldiers were taken to hospitals, they received the necessary medical assistance.

In Donetsk direction of the Minsk agreements prohibited 120 mortars, the militants opened fire on the military in the areas of Pavlopol, Lebedinsky and Novotroitsk and 82-mm mortars in the area of the Sands and Pavlopol. Rocket-propelled grenades, heavy machine guns and small arms fire was conducted on the fortifications near the Town of Kamenka, the Mine Butovka, Verhnetoretskogo, Food technologist, Hnutove and Shyrokyne. In addition, the armament of the BMP used at Ukrainian strongholds near the Sands and Talakovki, heavy machine guns under Seasoned, small arms – around Nice, Birch and Lebedinsky, and near the Novotroitsk sniper fire was conducted.

Earlier the President Petro Poroshenko reported that 40 countries are ready to participate in peacekeeping operation in the East of Ukraine.