Couldn’t even stick his head: soldiers in the Sand told of the attacks 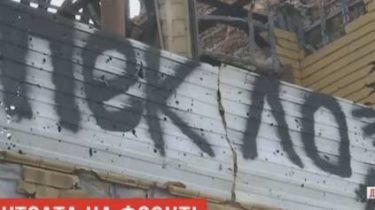 Couldn’t even stick his head: soldiers in the Sand told of the attacks

The militants fired from what they have.

Fierce fighting near the Donetsk airport. There are dead, wounded, hurt even the girl physician. The village of Sands the position of “Hell”. In recent days, it really is a horrible place. Here almost every day losses. Yesterday on this position, one soldier was killed, three in serious condition, according to a story TSN.19.30.

Broken bunkers, torn by explosions of sand bags. Exactly at 17.00, the enemy opened fire from all trunks.

“So tight beat, I couldn’t even think to stick. And tears, if you go through the positions, it is seen that the beam broke,” says one of the soldiers.

The defense of that position directed the commander Maxim Cherkun. In this battle he was killed. The best among us, so say about fighters. They show a video of how he fought Max, the commander was able, with a few soldiers to repel the attack of the enemy strongpoint. But a mortar shell this time exploded nearby.

Fierce fighting at the Donetsk airport. There are dead, wounded, hurt even the girl physician. At a dangerous position in the Sand went the correspondents of TSN. 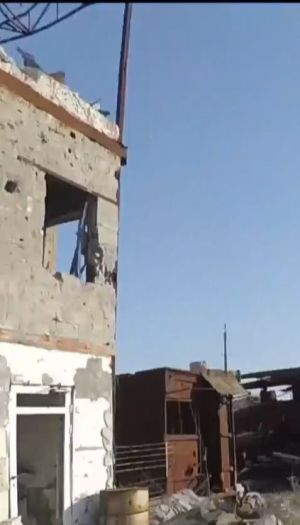 Snipers – another attack of the Sands. Between the positions of all of 400-600 meters. The perfect distance for good rifles with telescopic sights. Hence even the naked eye can see the enemy positions.

It was from a sniper shot a few days ago it killed another soldier, the favourite of the battalion Denis Nasosni. He managed to throw into the dugout badly wounded comrade when he jumped he got a bullet in the neck – the enemy sniper was waiting for him.

In the same battle he received a slight wound and the nurse Ludmila. The soldiers told us, this little girl with the head wound still bandaged and pulled out the wounded. Now she’s in the hospital.

“She came off the helmet and shrapnel carinula on the head, but continued to provide assistance,” the military said.

After the battle, the doctors did not even have time to change, they need to prepare equipment. They dread the evening, when the enemy again how furious start to shoot from all that he has.