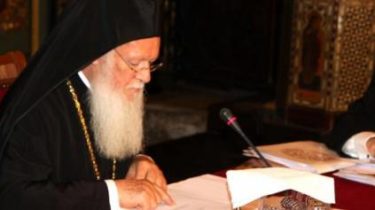 The relevant documents were transferred to the Ecumenical Patriarch.

The Ecumenical Patriarchate began the procedures required for the granting of the autocephaly of the Ukrainian Orthodox Church.

On Sunday the press service of the presidential administration of Ukraine.

April 20, the Deputy head of the presidential Administration of Ukraine Rostislav Pavlenko visited Istanbul and handed over to Ecumenical Patriarch Bartholomew the corresponding address from the President of Ukraine, resolution of the Verkhovna Rada to support it and the complaints of hierarchs of the Ukrainian Orthodox churches. The Synod of the Patriarchate decided to review these documents.

“Synod of the Ecumenical Patriarchate decided on the start of procedures for granting autocephaly of the Orthodox Church in Ukraine. In particular, will be informed by other local Orthodox churches”, – stated in the message.

“Modulo im” against the history of Kievan Rus: the faithful of the UOC-MP and UOC-KP commented on the idea of autocephaly from Constantinople

Recall, Petro Poroshenko officially took an appeal to the Ecumenical Patriarch Bartholomew regarding the autocephaly of the Orthodox churches of Ukraine. Thus, the appeal gave Patriarch Filaret and Metropolitan Macarius with the signatures of all the bishops of the UOC-Kyiv Patriarchate and the UAOC.

One Local Church may appear in Ukraine for the celebration 1030-anniversary of the baptism of Kievan Rus, that is, until the end of July.

Meanwhile , the Ukrainian Orthodox Church of the Moscow Patriarchate of the autocephaly does not support. Like, enough for them to be subordinate to Moscow. 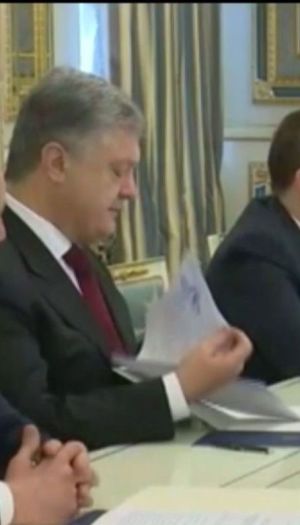