The police published a video of a violation by Deputy Aryev SDA: could deprive of the rights for a long time 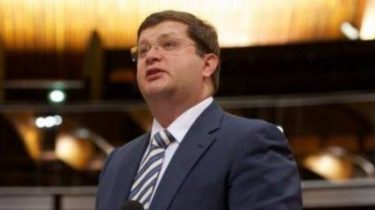 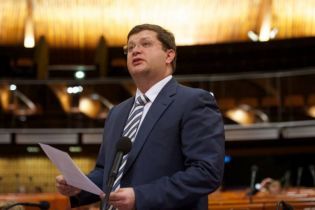 The police published a video of a violation by Deputy Aryev SDA: could deprive of the rights for a long time

First Deputy head of patrol police Department of the national police of Ukraine Oleksiy Beloshitskiy published a video with surveillance cameras, which recorded the violation of traffic rules by the people’s Deputy from the faction of the BPP Vladimir Aryev.

Beloshitskiy noted that the member has committed an offense for which he could withdraw the right for a period of one year, however, the police qualified the violation of softer rule and imposed a fine.

“By their actions, Vladimir Igorevich created a threat to other road users and his actions could be qualified as the creation of the emergency (administrative offense under part 4 of article 122 of the Cao). For specified offense can be drafted the Protocol and implemented the temporary withdrawal of a driver’s license as a sanction of the relevant article of the law (part 4 of article 122 of the Cao ) provides for the possible deprivation of the right of management for a period of 6 months to one year. However, patrol police driver was deemed at the softer skills – he was prosecuted for failing to comply with traffic sign which prohibits the rotation of (part 1 of article 122 of the Code of Ukraine on administrative offences for which a fine of 255 UAH)”, – wrote in Facebook Beloshitskiy.

Today, the usual Saturday day, normal people’s Deputy of Ukraine violated the rules of the road. As usual…

The publication of the video was a response to the post Aryans about the incident, in which he calls his offense “formal” and patrol equates to “old traffic police”, what Beloshitskiy disagree.

“In Europe, when the block main highways, put up appropriate signs, and the police help the drivers to bypass blocked sites. We all hoped so will we, when they announced the new credo of the police is to help, not punish. Unfortunately, it all comes back to the good old punitive style. The penalty, of course, pay – from a purely formal point of view, I broke. Money is not sorry, sorry to be disappointed in what was considered an irreversible reform,” wrote Ryan, adding that the fine is paid.

Patrol police in Kiev, unfortunately, turns into GAI, because instead of helping – catches and fines. The plot…

Recall, this weekend through two sporting events naprosny the center of the capital, the embankments and bridges. Large overlap of the streets due to the race and arrival city football trophies.