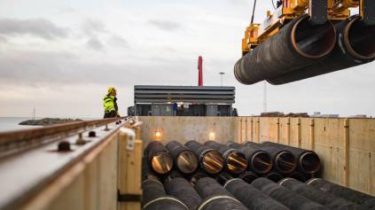 The construction project was estimated at $ 20 billion.

The Russian company “Gazprom” plans to build a huge gas processing plant, which will be integrated with chemical production. It should be located near St. Petersburg – in the port village of Ust-Luga Kingisepp district of Leningrad region, on the coast of the Gulf of Finland in the Balkans.

The industrial complex will be capable of processing up to 45 billion cubic meters of gas per year. The project cost is tentatively estimated at about 20 billion dollars, said the source “Vedomosti”. In case of realization of the project it could become the second-largest expenditure among all the investment projects of “Gazprom” after the pipeline “Power of Siberia” (55 billion dollars, according to estimates, 2014).

Partner of the project – JSC “Rushanabutsu”, which was previously owned by businessman Arkady Rotenberg.

At the gas processing plant will be a gas cleaning from impurities. The resulting methane will be supplied for liquefaction on the “Baltic LNG”. This plant will be built too close to Ust-Luga. But for the LNG plant with a capacity of 10 million tons will be sufficient 14-15 billion cubic meters of gas per year. The rest of the gas will be exported through the pipeline “Nord stream-2”.

Recall, “Nord stream-2” is a future pipeline to transport gas from Russia to Europe bypassing Ukraine.