“On the porch go”: Azarov told what living in Russia for four years 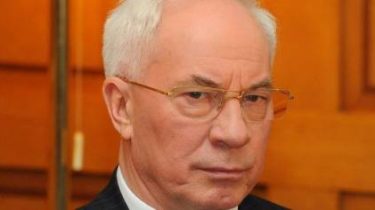 “On the porch go”: Azarov told what living in Russia for four years

Former Ukrainian Prime Minister assured that he will return to Ukraine.

Former Prime Minister Mykola Azarov, who is hiding in Russia, after escaping from Ukraine for four years living off savings.

“To the porch I go, take my hat and go. I have enough savings to live modestly, but I’m not complaining. I never took a bribe in Ukraine”, – he said in answer to the question of the Ukrainian journalist.

Also the fugitive protested in Kiev for four years, the authorities allegedly did nothing.

“For 4 years anything made by Voskresensko-Podolsky bridge? That for 4 years done, except that we did? People leaving closed businesses. But when I was Prime Minister, such was not” – said Azarov.

According to the former head of the Cabinet, he had “something to say to the Ukrainian people, unlike all your shoblu that you represent”.

We will remind, on may 22, 2017, the General Prosecutor of Ukraine has transferred to the Pechersky district court a motion to allow the absentee to start an investigation against former Prime Minister Mykola Azarov.

Prosecutor General Yury Lutsenko has declared that does not exclude a Declaration of suspicion to the state changee and encroachment on the change in the territorial and state structure of the country Azarov.