The first solar power plant in Chernobyl was built, but still not working 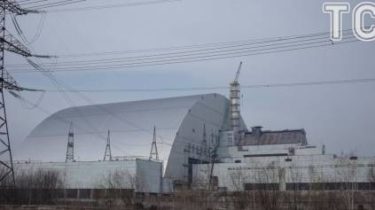 The first solar power plant in Chernobyl was built, but still not working

Due to the bureaucracy, the ambitious economic plans remain unrealized.

Ukraine wants to turn Chernobyl zone in the project and to earn on it. The economic potential of the area, the energy of the sun and wind. However, due to the bureaucracy, the ambitious economic plans remain unrealized. 32 years after the accident at the Chernobyl NPP exclusion zone around the facility remains uninhabitable. The Ukrainian government believes that the Chernobyl zone still have to “work” and make profit.

In the Ukrainian Chernobyl scientists are exploring how to move radioactive atoms in water, soil and air, then to apply the knowledge at home in the exclusion zone of Fukushima. Rate the sun and the wind

“We suggest that this area was the territory of the innovative changes that could be brought back to economic use, that is, to commercialize, given the radiation risks,” – said the Minister of ecology of Ukraine Ostap Semerak in conversation with DW. Therefore, the Cabinet of Ministers decided to put on renewable energy sources and to build in the Chernobyl zone hub of solar and wind power.

In the light of the oil lamps and with armfuls of flowers. The Ukrainians honored the memory of victims of the Chernobyl nuclear power plant

By design, they must produce electricity through the network, remaining near the Chernobyl nuclear power plant, sell it to the United power grid of the country. By order of the government of Ukraine with the financial support of the French government, the company Tractebel Engineering did the preliminary feasibility study of the establishment of Park land solar panels in the exclusion zone. According to experts, around the former Chernobyl nuclear power plant is technically possible to build a fleet of solar power plants with a capacity of 1.2 GW.

The government has disseminated to investors and in March 2017, the State Agency of Ukraine on exclusion zone management held a contest among the companies that decided to build solar energy facilities in the Chernobyl zone. Application for obtaining land plots for construction and operation of solar energy generation facilities in the exclusion zone have filed more than 50 companies from Denmark, USA, China, Germany, France, Ukraine and Belarus.

To the stage of project implementation was reached only by a private company “solar Chernobyl”, which works in consortium with the Ukrainian company Rodina and German Enerparc AG. She won the contest and in October 2017 start construction of the first in the area of solar power plant 1 MW per year.

In the project, the company has invested about one million euros. The station was built over a month and planned to be operational in late 2017. However, for almost six months it cannot connect to the United power grid.

Moonshine from blueberries and potatoes the size of a watermelon: how to live past the squatters Chernobyl zone

“For us this is a pilot project. We’re like the pioneers, come, fills bumps, because every action is accompanied by lots of difficulties. We say – bring certificate, permission, agreement. We’re looking for them, we do, but for the papers – emptiness. Since the Chernobyl accident there has not changed the law regarding industrial use of the territory”, explains the owner of the company “solar Chernobyl” Eugene Baragin.

According to him, he was faced with the traditionally Ukrainian phenomenon in business. “Often offered to speed up the whole conciliation for the money. However, for our consortium partners the main thing that it was transparent business with no behind-the-scenes agreements. Therefore, we do not give and do not give bribes” – said Varakin.

Because of this, in his opinion, delayed the procedure for connecting power plants in the Chernobyl zone. Businessman admits who and what he asked him for bribes, but says that at some point “give up”.

“My friends advised me to drop everything and build power in other places, but for us it is a reputational project,” explains Baragin. If the first solar power station will be able to launch his company wants to build another, more powerful 100 MW.

Curiosity with the restriction

However, environment Minister Ostap Semerak notes that from the government to investors was promoted. “I would also like to be the first solar power plant has already joined the network and produce electricity. However, the investor has not been addressed for the help in this case,” – said the Minister.

However, he indicates that in 2016 the Verkhovna Rada adopted the law, which resolved the problematic issues of the legal regime of the Chernobyl zone. In particular, there was ordered especially land and water management, the implementation of urban development activities and powers on the territory of the exclusion zone. “We were able to show that the Chernobyl zone could be used in commercial mode,” – said Semerak. According to him, now there is interest to build in the Chernobyl zone, wind farms, and the government is about negotiating with the two companies. However, the details of the negotiations, he said.

The buildings of the Chernobyl NPP rent

Chairman of the Ukrainian Association of renewable energy Alexey Orzhel indicates that solar energy is currently a highly attractive business in Ukraine. Because the electricity produced with the help of the sun, the state buys the “green tariff”, which is pegged to the Euro and is one of the highest in Europe. Just last year was put into operation 257 MW of “green” facilities. Of these, 211 MW of solar energy projects.

However, Alexey Orgel says that despite statements and declarations of investors to work in the Chernobyl zone, to build solar power plant business there are not so profitable.

“Because of the radiation it is impossible to build on the ground, but only on the concrete surface. This limits. Also still not settled all the legal nuances and it is difficult to calculate how this is an expensive project,” he said Orgel. This is what, in his opinion, hinders investors. He suggests that the current draft of the power for commercialization of the Chernobyl zone is rather imaginary than real for realization.

In the Cabinet say they have developed another draft law on the industrial zone near the Chernobyl NPP, which will coincide with the 10-kilometer exclusion zone. Its adoption will enable more effective use of the property and objects that are in the Chernobyl zone. Soon the government is going to consider and submit the document for approval to the Verkhovna Rada.