In Russia, students on the money allocated for a computer, a monument Telegram 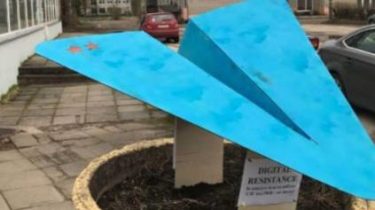 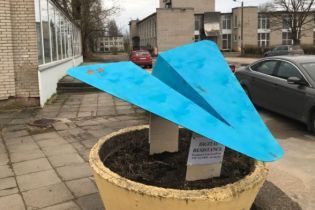 In Russia, students on the money allocated for a computer, a monument Telegram

The Deputy, donations of which went for such purposes, was not against.

In the village of Staropole Leningrad region of the Russian Federation opposite the administration building, a monument to the Telegram.

As it turned out, the monument was installed schoolchildren, reports Online47.ru.

Children asked Deputy Vladimir Petrov to help buy a computer for school. He singled out the school money, and spend on the installation of the monument.

It represents the logo of the messenger – blue airplane. Underneath the inscription: “Digital resistance. For each week of the victory of the Telegram over the Roskomnadzor — the star”.

When he found out about where it spent the money, he said he was not opposed to his donation allowed for such purposes.

“There was no need to cheat. I would help them with the installation of the monument, because he is not in awe of the events surrounding this messenger. Laws of course must be followed, but what is happening now is ruining the lives of millions of people using various online services,” Petrov said in comments to “Nevsky news”.

The head of the village Vitaly Blachowski said that while no decision about the future of the monument and will consult with residents and MPs.