In Kiev celebrated the 100th anniversary of the Metropolitan cells “Plast” 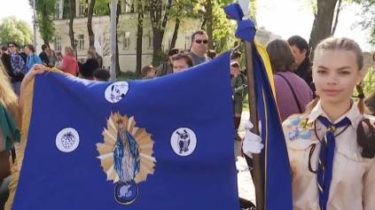 In Kiev celebrated the 100th anniversary of the Metropolitan cells “Plast”

Among the scouts-“newcomers” this year is the great-grandson of the writer Vasyl Stus – Yarema.

In Kiev on Saturday, April 28, celebrated the centenary of the Moscow branch of the children’s military-Patriotic organization “Plast”, says the story TSN.19:30.

In honor of the holiday hung a memorial plaque on the house near the Golden gate to Vladimirskaya street, 42, where he founded the first center. And at St. Michael’s square young scouts took the oath and prayed.

The place where he was born “Plast” – a children’s military-Patriotic organization. Today in Kyiv near the Golden gate hung a plaque, and at St. Michael’s square, took the oath and prayed. Metropolitan cell of scouts-scouts today 100 years. And all participants – and a thousand of them – came to celebrate. 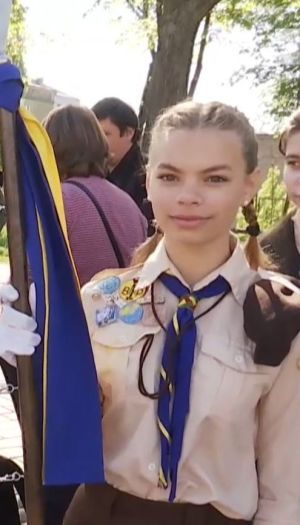 Plast is abbreviated from the name of Cossack scout, who crawled towards the enemy.

Modern scouts usually sail boat, a bonfire and compete. Beginners get a yellow tie, which later changed to purple. Among the newcomers this year, and the great-grandson of the writer Vasyl Stus – Yarema.

In the capital cell there are 12 huts and each has its own name and flag.

Five students of the organization were killed in the fighting with Russian invaders in the Donbas.