In the center of Kiev burning house Ginzburg 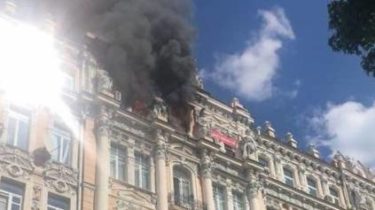 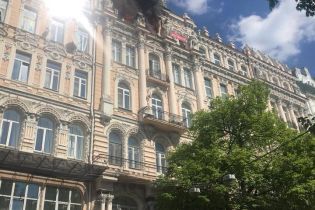 In the center of Kiev burning house Ginzburg

The fire occurred on the street Gorodetsky.

On Saturday, April 28, in the center of Kiev there was a fire. Witnesses are placed in the Network pictures and videos of the event.

As seen in the video, the smoke belching from the top floor of a residential building that is located near the cinema “Ukraine” on the street Gorodetsky, 9. In place are the fire trucks.

As reported from the scene correspondent of TSN, as of 15:30 the fire was liquidated. Police and firemen were present at the scene, the cause of the fire does not comment. According to preliminary data nobody was hurt.

The fire on Gorodetsky

Published by Alexander Pavlov on April 28, 2018

The ninth house on the street Gorodetsky built by a merchant of the first Guild Lev Ginzburg in 1904. The old building is notable for its spectacular facades with stucco and sculptures. Rich mansion is a well-known architectural monument. Now on the first floor with offices and shops, while the upper floors remain residential.

Published by Alexander Pavlov on April 28, 2018