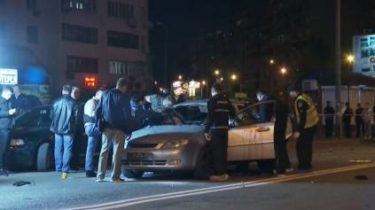 The explosion occurred in a crowded area on the roadway under the building.

The driver of a car in which a grenade exploded, saved the witnesses the incident, according to a story TSN.19:30.

The incident occurred at about 22:00 on Friday, April 27, at Poznyaky in Kiev. The passenger was killed.

The explosion occurred in a crowded area on the roadway under the building. Fortunately, dozens of passers-by, was around, no one was hurt.

The guard tents in the Park the jury said that the car only moved off from traffic lights as the front, something exploded, and the interior broke out.

“Came the glass, and then the driver began to shout: “help, Help!” He’s conscious was, shrapnel cuts, elbow – heavy bleeding… Face was covered in soot,” – said the guard Yuri stefaniuk.

Videorussian, who died in the car on Poznyak, was a journalist Vitalii Kuksa

According to the site Dnia the 45-year-old man was in the area of the ATO as a signalman, he was called, wrote a lot about war and military topics, were published in numerous Ukrainian publications. Now officially unemployed. The victim – 24-year-old Andrey seroshtan. Also unemployed and it was he, according to sources, was behind the wheel. 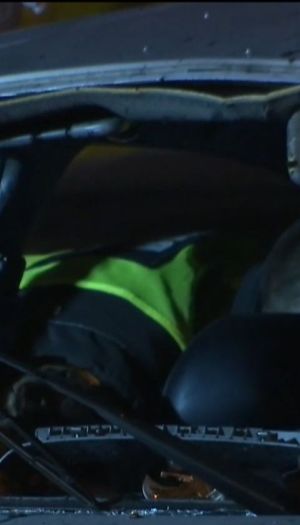 Witnesses say the explosion occurred in the car, the front passenger seat and save the passenger had no chance.

“Where the passenger was sitting, his side is more burning. He didn’t move,” recalled an employee of the pizzeria Victoria Tatarchuk.

The driver pulled out and began to render medical aid, putting on harnesses. Man, losing consciousness, only requested to contact with their families.

Ambulance, which rushed in a few minutes after the explosion, was urgently hospitalized the driver.

The man is now in the emergency hospital, he underwent surgery, he is in intensive care in serious condition.

The police said that investigators have not yet had the opportunity to talk with him.

Experts have determined that a grenade exploded. However drove her in the car, the driver with the passenger, or someone threw it through the window – law enforcement is still investigating.

As previously reported, a passenger who was killed in a car – a 45-year-old journalist Vitaliy Kuksa, who served in ATO. Injured driver – 24-year-old Andrey seroshtan.

According to people’s Deputy Igor Mosiychuk, in the car were stepfather and stepson, and the explosion was the result of family squabbles. The police this information is not officially confirmed.