Scandalous childbirth. How many Omeljan could spend on the birth of her daughter in the United States 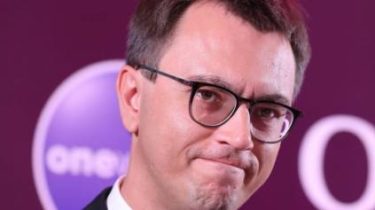 Scandalous childbirth. How many Omeljan could spend on the birth of her daughter in the United States

The Minister could costs about a million at the birth of his wife.

In Ukraine a week and a half to discuss the scandal surrounding the birth of the wife of the Minister of infrastructure Volodymyr Omelyan Svetlana Bibi Bevza in the United States.

This fact has forced a closer look at the Declaration of the official, says the story TSN.Week.

According to the Declaration of the Minister, the land belongs to a relative of his wife. Cottage-type house in which they live, the couple recorded at the same relative. The SUV, which drives the Minister, written to his brother. Another car, which uses Svetlana decorated with mother of Volodymyr Omelyan. The family of the Minister owns the land, three apartments, garage, jewelry. Last year this pair earned two $ 2 million 370 thousand UAH 767. There are still foreign currency savings in cash and in banks.

It should be noted that Volodymyr Omelyan and Svetlana Bibi Bevza has a son mark and daughter Anna. The children were born in America. This means that they are automatic candidates for American citizenship.

Pregnant three months ago a successful designer went to show his collection at one of the most prestigious catwalks of the world – new York fashion week, for participation in which you have to pay 10 to 20 thousand dollars.

Svetlana Bevza itself reported in the article about favorite places for leisure, entertainment and dining in new York. Among them is the French restaurant, LE COU COU, where one dish costs an average of $ 30. Institution of Robert at the Museum of arts and design overlooking Broadway. The average price of a dinner within $ 20, and dessert for 12. And coffee – $ 6. Plus a tip of 10-15%.

If Svetlana modestly had lunch with one main course with dessert and coffee, plus tip, I would have to pay $ 42. And since it was a little mark, so the amount you can multiply by at least half. Svetlana was there for 3 months. That is, eating at least once a day in one of these restaurants, she spent more than 130 thousand hryvnias.

In addition, Facebook Svetlana Bevza enthusiastically talked about the band performance for woody Allen. Ticket and table cost about $ 300.

Videobitrate birth of his wife, Omelyana in the United States has forced a closer look at its Declaration

That’s what surprised many: as the Minister considerable, but not his. Land – Declaration of – belongs to relatives of his wife. Cottage-type house in which they live, the couple recorded at the same relative. The SUV, which drives the Minister, written to his brother. And another car, which uses Svetlana decorated with mother of Volodymyr Omelyan. For the average Ukrainian – a state of hoo. For connoisseurs of prices in America – is not enough. A plus – and even the Minister himself has fuelled interest in the statement that his wife gave birth in America for free. 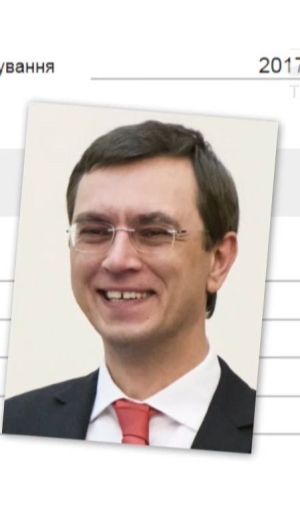 Vladimir Omelian people with two higher educations. Both got in Lviv. And from the first days after learning he is the official. No business – only with domestic civil service salary. He has a long track record. Always well dressed – a tribute to the wife of the designer.

In recent years, was marked by several scandals: the head of Ukrzaliznytsia Wojciech Balchunas could not divide sphere of influence. Once at the meeting of the government of that chastised Vladimir Groisman. Subsequently, there was a scandal associated with the low-cost airline Rayanair. The Minister showed interest in the work of the airline in Ukraine.

Last year Omeljan forgot to declare the property of relatives, which was used. The mansion worth 7 million hryvnias which allegedly took cousin niece wife for 15 thousand hryvnia per month. The brother Maxim SUV BMW X5 2015, which is used. Those interested in the anti-corruption Bureau, but suspicions still haven’t made.

“In America, nobody comes to give birth in the ambulance. You’re in labor, you call your doctor who takes in a certain hospital. Arbitrarily to the hospital you can’t come to give birth. Women who do not plan, it is a very poor women,” – said Ekaterina Panova, who gave birth in America.

Her insurance company paid for it seven thousand dollars. But new York is one of the most expensive cities in the world, so the cost of delivery there can be at least double, says Panova. About the same said for a company that helps to send wives to give birth in America.

Free childbirth American expert on migration issues was referred to as luck. Or fraud at the expense of American taxpayers.

“I think they just came to the hospital without insurance, so the hospital, given the internal politics signed the woman for Medicaid benefits. Because she’s the baby and she gives birth to an American citizen,” said Stephen Box, an expert in migration issues.

After all the arguments Vladimir Omelian and he questioned whether legitimately gave birth to his wife for free, and promised to find out, shouldn’t he American doctors money.

If you count more flights over the ocean on three people in two sides, get at least 2 thousand dollars. Vladimir Omelian said that this apartment is 30 m square. Judging by the photos, the apartment looks decent. Rent is in the range of 3-4 thousand dollars a month. Take the average amount by 3 months. Get 10 $ 500.

At a conservative estimate, stay and births in the United States cost the family Minister to one million 181 thousand hryvnia. But if the birth was indeed free, a little less than 900 thousand hryvnias. This means that on the trip they had to spend a large part of what earned last year. Exact figures embezzlement Omeljan promised to make a Declaration of 2018. At the end of the year will be able to see how much under – or overestimated the financial viability of the Minister of infrastructure.