Poroshenko has confirmed the arrival of the “Javelin” in Ukraine, and thanked trump 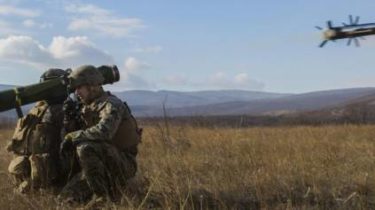 Poroshenko has confirmed the arrival of the “Javelin” in Ukraine, and thanked trump

The President said that Washington has demonstrated leadership and an important example.

President of Ukraine Petro Poroshenko confirmed that the US delivered to Ukraine anti-tank missile complexes “javelin”.

“I welcome the keen interest – both in Ukraine and abroad – to supply us complexes “javelin”. I can only confirm that Yes, the long awaited weapons arrived in the Ukrainian army”, – he wrote on Facebook on Monday evening.

Poroshenko noted that the American pocitacove weapons “greatly enhance the powerful deterrent effect of our combat capability and Euro-Atlantic security”.

Not the “Javelin” is one. Ukraine and the United States in detail agreed to supply weapons

“I am sincerely grateful for the fair decision of Donald Trump to support Ukraine on the defense of freedom and democracy. Washington has not only fulfilled our agreement – he has demonstrated leadership and important example,” said Poroshenko.

The Ukrainian President also said that he expects the firm position of all partners of Ukraine, primarily to the countries “the Big seven”.

“The price for continued aggression against Ukraine for the Kremlin should continue to grow!”, – said Poroshenko. 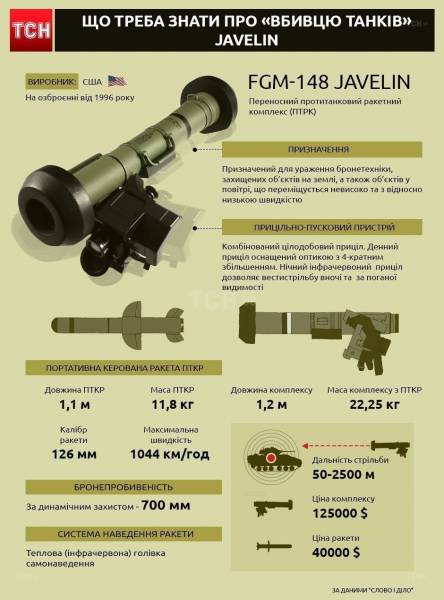 Earlier it became known that the US defense budget provides for Ukraine assistance in the amount of $ 350 million. In the list of possible supplies, among other things, was hit by anti-tank missiles Javelin. They had to provide, assuming that they will be used away from the contact line, so that those do not fall into the hands of militants.

The amount of the proposed sales reaches $ 47 million. The statement of the US defense Department States that the system “javelin” should help Ukraine to defend the sovereignty and territorial integrity. In the United States also confirmed that the Ukrainian government has already requested the purchase of 210 rockets and 37 launchers. 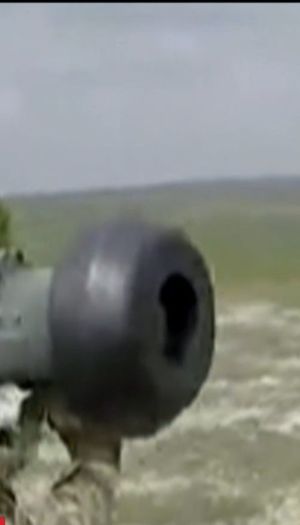