“The enemy is predictable.” The commander of the OOS predicted developments in the Donbass 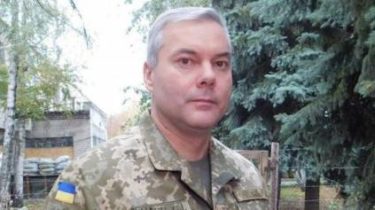 “The enemy is predictable.” The commander of the OOS predicted developments in the Donbass

New assured that in the near future, the escalation of fighting on the line of collision is not expected.

In the near future, the escalation of the situation in the Donbas not expected.

This was stated by the commander of the United forces in the Donbass Sergey New during the briefing in Kramatorsk.

“I know that the residents of Donbas on both sides of the contact line is most afraid of intensified fighting. We understand this, which is why I want to emphasize – we do not expect the escalation of hostilities in connection with the early operations of the United forces”, – he stressed.

According to Naeve, OOS aims to establish peace, eliminate any dividing lines and artificial barriers that now divide citizens of Ukraine and the whole family.

“We came not to inflate the conflict, and in order to hasten its completion,” – said the commander.

At the same time, the head of the joint forces said that the Ukrainian military are well aware of how “insidious and predictable at the same time is our enemy”.

“That’s why all efforts be made to strengthen the position of the APU on the line of contact. Will be held a mandatory retrofit and strengthening of fortifications, the creation of new shelters for personnel and equipment” – summed up New.

We will remind, on Monday, April 30, 14:00, anti-terrorist operation in the Donetsk and Luhansk regions was replaced by operation joint forces (OOS). The beginning of the last announced by the President of Ukraine Petro Poroshenko.

What will change in the Donbass with the introduction of “special order”, read on Dnia.