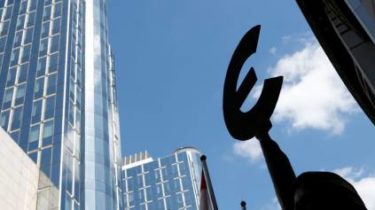 It is expected that up to 5 billion euros of additional investment.

Ukraine may receive at least 500 million euros from the EU this year.

About this European truth wrote to the European Commissioner for European neighbourhood policy, Johannes Hahn.

He called the initiative for financial support “reforms for the sake of investment.” To receive the funds Ukraine needs before the summer parliamentary recess to complete three requirements of the European Commission, among which the issues of regulation in the energy sector, the independence of the Ombudsman, as well as to remove the requirement for the submission of electronic declarations of anti-corruption activists.

“Although economic growth resumed and after a deep crisis in 2015, however, it appears to be established at the level of only 2-3%. But it is too small to meet the just expectations of the Ukrainian citizens”,- says the Commissioner.

In addition, the contract with the European Commission “reforms for the sake of investment” became the first step for the implementation of another initiative – the “Marshall Plan for Ukraine”, which can bring for Ukrainian economy at least 5 billion euros over three years.

So say the authors of the project “Marshall Plan for Ukraine”, the deputies of the Lithuanian Parliament Gediminas Kirkilas and Andrius Kubilius.

The conditions for obtaining investment program “Marshall Plan for Ukraine” and “reforms for the sake of investment” are the same.

“We fully share the view of the EU that economic growth in Ukraine does not meet the legitimate aspirations of ordinary Ukrainians. We take the initiative regarding the contract “reforms for the sake of investment” as an incentive to join our efforts with international donors, partners and financial institutions to finally make the investment support of Ukraine tangible and visible, and most importantly – the related progress in creating investment opportunities and in the implementation of reforms in the state,” – noted Lithuanian deputies.

Tens of billions in four years. Groisman told how much debt has to pay Ukraine

The funds for the “Marshall Plan” will focus on the implementation of reforms, thus, it was expected that Ukraine will be able to accelerate the economic growth of 6-8%.

“We see that in the Ukrainian government there is an understanding that these problems need to be solved urgently. Especially understanding that you are losing investments in the real economy in the amount of up to 5 billion euros. Such significant funds foreseen in the commitments of the international financial institutions to Ukraine, made in the period from 2014. Experience shows that to solve this problem, you need to develop institutional capacity and to pay more attention to the existing short – and medium-term priority projects, especially to projects for the restoration of Eastern Ukraine. We believe that in all these matters it is possible to achieve consensus among the main political players in Ukraine and the international community”, – said the Lithuanian deputies.

We will remind, recently the Ministry of Finance and the European Commission discussed the terms of the fourth tranche to Ukraine.