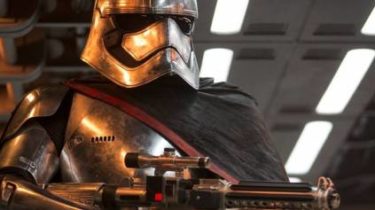 4 may the whole world celebrates the Day of the Saga “Star wars.”

The Pentagon on may 4, on his official page in Facebook has published a video titled “Sea Wars Trailer” (Trailer Naval wars).

This video was filmed on the aircraft carrier “Dwight Eisenhower”, which is the second U.S. Navy ship built in its class.

The roller is completely duplicated the trailer for the film “Star wars: the Force awakens” – the film was released in 2015.

We will remind, on may 4 all over the world celebrate the Day of the Saga “Star wars”. It is celebrated to this day as one of the most famous phrases of the franchise, “May the Force be with you” (“let the force be with you”) sounds like “May the fourth be with you” (in English fourth fourth and May – may).