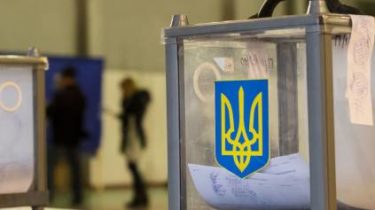 To participate in the vote to develop a scheme of “electoral mobilization”.

The Kremlin hopes to mobilize voters from the occupied territories of Donbass and Russia itself, to the presidential elections in Ukraine in 2019 defeated Pro-Russian candidate.

About this Facebook writes MP Dmitry Tymchuk, with reference to data of “Information resistance”.

“The administration of the President of the Russian Federation put before the strategists of the Russian Institute for strategic studies (RISS) the task to evaluate the electoral potential of citizens of Ukraine residing on the temporarily occupied territories, as well as those who are temporarily residing in the Russian Federation, the possibility of “promoting the will” in support advantageous for the Kremlin candidate/candidates for the presidential elections of 2019 in Ukraine”, – Tymchuk claims.

The research will be conducted under the leadership of the Russian political scientist, Director of the Center for political conjuncture Alexei Chesnakov.

“The team Chesnakov develops schemes of “electoral mobilization” of Ukrainian citizens in ORDO and the Russian Federation including financial and transport services for those Pro-Russian Ukrainian citizens who will vote in the presidential election. The Russian side hopes to organize a “controlled vote” in Russia, in parallel pursuing an active “campaign work” in Ukraine. In the latter case, according to preliminary estimates, the Kremlin is counting on the support of not less than two million Pro-Russian oriented and sensitive to the Kremlin propaganda citizens of Ukraine”, – said the MP.

Tymchuk notes that “the total number of voters who can “mobilize”, according to the calculations of Russian experts, will be enough to ensure the exit to the second round of the presidential elections of the Russian Federation is the best candidate, and later his victory.”

Meanwhile, today, may 7, the Kremlin will be held the inauguration of re-elected President of the Russian Federation Vladimir Putin.