The owner of UNL Foggo: “I am not familiar with Tretyakov, no Zagoraem nor Lozhkin” 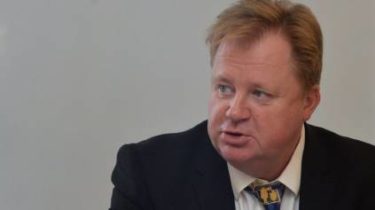 The owner of UNL Foggo: “I am not familiar with Tretyakov, no Zagoraem nor Lozhkin”

British businessman, owner of “Ukrainian national lottery” Michael John Foggo has denied the information raspostraneny in the Ukrainian media about the fact that the beneficiaries of UNL are the people’s deputies Oleksandr Tretyakov, Gleb zagoriy, as well as the businessman Boris Lozhkin.

He stated this in an interview to “UNIAN”.

“I’m with these people are absolutely not familiar. Of course, I’ve read that Ukrainian media. However, do not understand, how such it is possible to write. I basically can’t be associated with politics in Ukraine. It’s pretty discouraging and unpleasant situation”, – he said.

According to Foggo, the company’s lawyers are now conducting the legal work on false media reports.

“Some of them were dedicated to the fact that UNL were allegedly subjected to raider attacks. Before buying I through their lawyers checked it, and they turned out to be wrong. UNL is absolutely clean and legal business, in other cases I just turn down deals because it’s a huge risk,” – said the British businessman.

Foggo also categorically refuted information of some mass media that the Deputy Alexander Tretyakov has the option to buy shares in UNL.

“I already mentioned that I don’t know, and never knew of such a person. Regarding any option to purchase shares in UNL, it is also some incredible fiction. Before buying the company I ordered the audit, both financial and legal. Experienced lawyers and financiers have studied the corporate history and documents, third party rights or other restrictions on the transfer of ownership of the company. No options or other rights of third parties to share in the company does not exist and cannot exist. No one with such a request to me or the previous owners never addressed,” he said.