A foreigner, whose car fell through the asphalt in Kiev, will look for the guilty 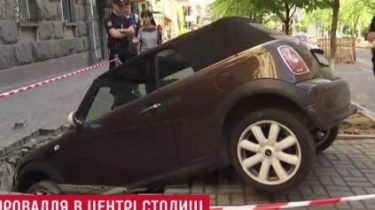 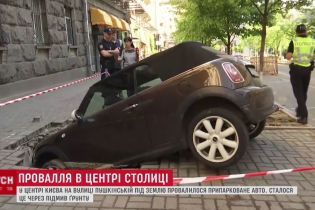 A foreigner, whose car fell through the asphalt in Kiev, will look for the guilty

Under the ground in the center of Kiev failed Mini Cooper. Together with the front part of the car under the pavement was and the manhole. Machine with Euronorm. The owner is a foreigner Vasily Grogol, who came to Kiev from the Czech Republic, says TSN.16:45.

“The hood is bent, it is visible with the wheel is not very good, on the side of the headlight caved in” – lists the damage the owner of the car.

On the floor of the cabin fell, the Czech insurance on the car. However, Bob is going through, whether it damages, when the car fell through the asphalt.

Near the gap, circling the patrol. They already blocked the block to come here with flashlights. Because of damage to the surrounding homes were without water.

“No, it’s not an accident. An accident is when, during a movement, this is likely to damage the car”, – says the inspector of the police patrol Alex Dyukarev.

In the center of Kiev, the car fell through the asphalt. Car with Czech numbers was parked on the sidewalk. The owner – a citizen of the Czech Republic, in Kiev, working in the hotel business, but now will have to deal with the Ukrainian courts. That’s where Cech was sent to the Kyivvodocanal, so his guilt in the incident do not see. 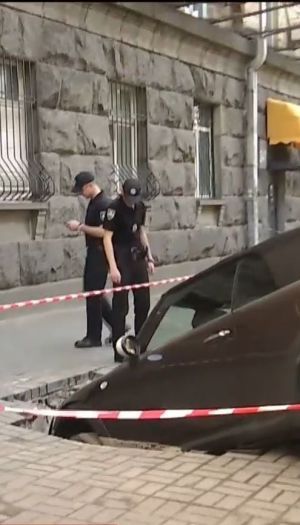 As from the pit out the car, watching the representative of the Kyivvodocanal, it was a leak, it dripped water, she washed the soil under the pavement, and dived the car. He says that there is a project to lay a pipe, but when he will realize, does not know. Also does not know who is allowed to Park in this place. The valets say, all permissions are.

As was getting the car out of the pit on your mobile recorded the owner of the car. He was advised to do by the police. They say it will be in evidence. And all in the end of the service Bob from the Czech Republic sent to the court.

German car Cech, after spending a few hours in Kiev the pit, all of a sudden started up. On the question of what to do next, the owner said, “Fight for justice”.