Death during a meeting in the unfinished building: the Metropolitan police called the girl fall from the 25th floor of an accident 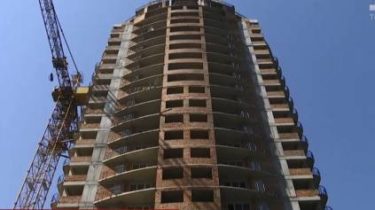 Death during a meeting in the unfinished building: the Metropolitan police called the girl fall from the 25th floor of an accident

The question of the responsibility of the developer for free access to the object remains open.

Terrible story the death of a 19-year-old girl during a date with your beloved in the unfinished shook the capital. The tragedy occurred on the construction site, which is stopped for more than a decade ago, says the story TSN.19:30.

Police have questioned the boy about the circumstances of the fall of his girls in the Elevator shaft from the 25th floor and came to the conclusion that the accident happened – the girl in the dark corny stumbled. The scene is a sad picture: the territory has long been no guards, although it is fenced all the abandoned gates and doors are broken, admission is free to all comers, lie around piles of garbage, and inside of the floor armature sticking, scattered syringes, ampoules and even lingerie.

Went on a romantic date and did not return. A terrible story has rocked the capital. The construction area for more than 10 years abandoned and nobody gives a case. TSN journalists learned that the death – not the first. On the territory of the construction still can get any. And such places only in Kiev more than five hundred. 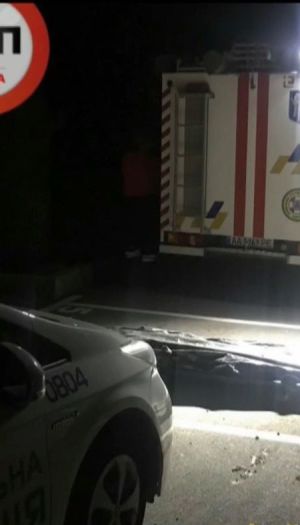 This year in March in the same building committed suicide 13-the summer girl. Friends 7-klassnitsa admitted that he had repeatedly hiding in the unfinished building from adults and local residents claimed that no reaction from law enforcement authorities and the abandoned object no. Investigators say that establish the identity of the owner of the building, although it would have to be known since the last tragedy.

The journalists themselves found contact the developer, but no one answered. Lawyers explain that there is nothing surprising in this, because the high-rise was built with violations, and the documents were likely to be re-issued on figureheads. to prosecute the developer , the investigators can only through the court – breach of legislation first had to fix the state architectural and construction Inspectorate, which is obliged to require the developer to eliminate all the violations, and for failure to comply with the regulations to be fined up to 5 thousand hryvnia. “If they killed people – it is a consequence of the fact that there has not been complied with legislation. And at the same time, the state architectural and construction Inspectorate did not check the building and wasn’t prosecuted. Here we must ask the question: what did the state authorities?”, – the lawyer Anatoly Rybachuk.