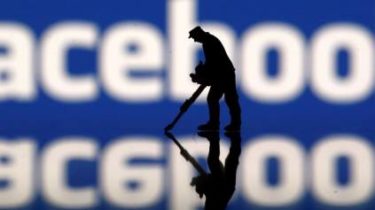 Cryptocurrency will allow users of the social network to make online payments.

Social network Facebook is considering the possibility of creation of own of cryptanalyticthat will allow users to make online payments.

This is with reference to sources reported by the American financial TV station Cheddar, writes “Interfax-Ukraine”.

“They (employees of Facebook) is very serious about this,” says the source.

Facebook began to study the technology of the blockchain about a year ago. Then it worked the only person from the team of the social network with corporate development – Morgan Beller. In particular, he studied the question of how the social network can use new technologies that support cryptocurrencies such as Bitcoin and Ethereum.

This week, however, the publication Recode reported that Facebook creates unit to study the technology of the blockchain. The team included at least 10 employees of Facebook, and will be headed by its Vice-President in charge of Messenger David Marcus.

“Like many other companies, Facebook is exploring ways of using blockchain technology. This new small team will explore many different applications,” – said the source.

In February Marcus in an interview at a conference claimed that Facebook has no plans to soon integrate bitcoin into their apps.

“Payments with cryptocurrency are now very expensive, very slow, so different communities that use the technology of blockchain and the other, you have to fix all the problems, and then when that happens, perhaps we’ll do,” said Marcus.

We will remind, in the beginning of this year Facebook introduced a ban on placing on the platform of the social network advertising cryptocurrencies binary options and ICO. Such event as specified in the message is intended “to enhance the integrity and security of the advertising of financial products” in the social network. Later to this decision of Facebook has joined parent company Google – Google Inc., as well as Twitter.

Earlier it became known that the plans to create its own cryptocurrency also have Telegram messenger.