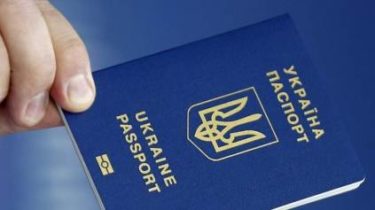 The list includes countries that have bezviz with the European Union.

The Ministry of foreign Affairs of Ukraine conducts negotiations with 61 country of the “white Schengen” relatively bezveza.

“A list of so-called “white Schengen” is a list, which includes and Ukraine. This is an EU regulation of 2001, which establishes the list of countries whose citizens can enter Europe without a visa and stay there for 90 days. Apart from Ukraine, there are 61 state. With all of them we are in dialogue, visa, intended to citizens of Ukraine who have the right of entry into the EU without visas, also had the right of entry in these countries, citizens of which, in turn, to enter without a visa to Europe. We offer on a reciprocal basis. We bezviz to you – you to us, to the geography of visa-free travel of Ukrainian citizens has been wider,” said moneychanger.

In the list, except the EU and the Schengen area, which also includes Uruguay, Peru, Colombia, Mexico, Seychelles, the Bahamas, Antigua and Barbuda, Macedonia, Albania and others.

With four Latin American countries, Ukraine may conclude agreements on the abolition of visas in the near future.

“With the four countries of the region were discussed the possibility in the near future agreements on the abolition of the visa regime. It’s Uruguay, Peru, Colombia. The subject of the discussion was relative to Mexico,” — said Menyailo.

Note that now the Ukrainian citizens can travel visa-free in 85 countries.

In early April the Minister of foreign Affairs of Ukraine Pavlo Klimkin said that Ukraine will complete talks on visa-free regime with Macedonia. The foreign Ministry also announced plans to negotiate the simplification of visa regimes with South Korea and Thailand.