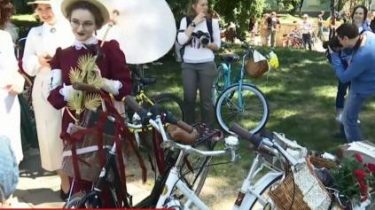 People have a rest and ride around the city, giving casual viewers a good show.

In Kiev took place on a retro bike ride. For this purpose about a hundred people dressed up in images of the early twentieth century, according to a story TSN.19:30.

With vintage jewelry and accessories they moved on bicycles through the city streets, their transport is mostly restored, released ten years ago. It the participants overcame several kilometers.

Specifically for run the streets of Kiev do not overlap, so sometimes cyclists there were misunderstandings with motorists. At the finish the organizers held a contest in which he identified three of the most stylish retro image.

Over a hundred people dressed up in images of the 20th century, with vintage jewelry and accessories and moved on bicycles on city streets. Transport is partially restored, released ten years ago. 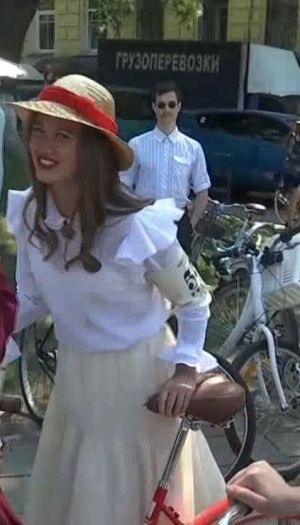