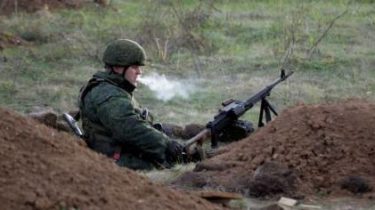 They were in a condition of strong alcoholic intoxication.

In the occupied part of the Donetsk region militants was seriously wounded the owner of a recreation complex “Aquarius”.

About this on his page in Facebook informs the MP of Ukraine, coordinator of “Information resistance” Dmitry Tymchuk.

According to him, during the celebration of the two occupants shot the owner in the chest. They are now looking for local “police” and members of “MGB “DNR”.

In the “Third separate motorized rifle brigade of the “DNR” trying to determine how the militants have left the position at the village of Chigiri, on the outskirts of the occupied Horlivka. According to the terrorists, the militants on the positions were in a condition of strong alcoholic intoxication, in consequence of which was unfit for combat. Thus, this area is supposedly controlled by the Ukrainian military.

So, now forming the 1st and 2nd Army corps of the terrorist “DND” hard check.

Recall, may 12, near the occupied Gorlovka, a local resident got a Pro-Russian sniper. An elderly man escaped injury. The defense next to keep the soldiers of the 24th brigade, which before prevented the passage of the enemy dig. “Four people were. Threw out the grenade launcher, three grenades – gave them a bit back,” told about the event the military at the forefront. Such a battle of “meeting” there is a commonplace event, and the army is almost not paying attention.

Video”APU went to the suburbs of Gorlovka”, – complain and panic fighters

“The Ukrainians are coming! Lose village under Gorlovka!” such panic statements of the militants showered after the may holidays. In fact, in the days when the Ukrainians said to myself “Never again”, together with the Russian mercenaries operating under the slogan “Can you repeat that”. 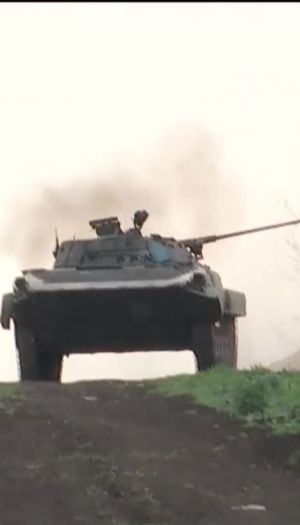