Kolomoisky Poroshenko will never get “1+1” 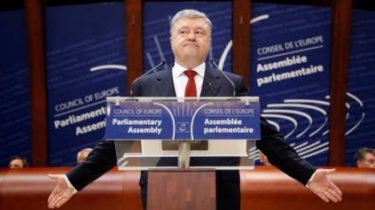 Kolomoisky Poroshenko will never get “1+1”

The businessman considers himself “ideological opponent” of the incumbent.

The President of Ukraine Petro Poroshenko wants to control all the TV channels in the country, including the channel “1+1”.

In an interview with DW said businessman and former head of the Dnipropetrovsk regional state administration Igor Kolomoisky.

“Poroshenko, in order for the second time to be elected President, should have complete control over all the channels. Well, as our North-Eastern neighbor,” said the businessman, adding that he considers himself “ideological opponent” of the Ukrainian President, in particular in respect of freedom of speech.

However, Kolomoisky has refused to speak about the persecution by the authorities. “We are kind of trench warfare, but it is within the law… Yes, there are different whims, we know what he wants Peter. He projected in this plan. He wants “1+1” to the polls. Here he was bleeding from the nose, you need a “1+1”, – said Igor Kolomoisky.

According to the former head of the Dnipropetrovsk region, the President in any case will not get the channel.

Earlier Igor Kolomoisky said that the upcoming elections of the President of Ukraine will not support Petro Poroshenko, who, perhaps, will again run for the highest office. Any agreements about support for a particular candidate yet.