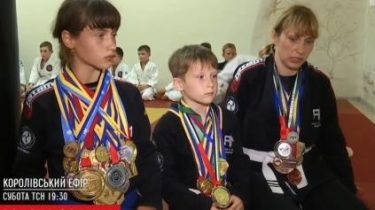 And their mom won a silver world championship.

In Kiev, a family won a world championship in JIU-jitsu. The first sport was fond of children, and after a few months they persuaded to get on the Mat and his own mother, says the story TSN.19:30.

8-year-old Arkady and his 12-year-old sister Sasha go to school every day. Standard Rosica of running, exercises for abs and weight training is replaced by a honing specific techniques of holds, throws and punches, the type of which the uninitiated seemed to freeze the blood in your veins and your breath stops. The first classes asked the older girl, as it was doing her friend. “I thought to myself: why would a girl need it? Well, I think I’ll try a couple of times she will do something, she will be disappointed and nothing will happen. But it did not happen,” – says the mother.

Videodata motivated the mother to engage in the struggle, after which she received a medal at the world competition

Ordinary Kyiv family turned into fighters with worldwide recognition in the martial art of JIU-jitsu. The first sport was fond of children, just a few months they persuaded to get on the Mat and his own mother. And all three have been on the podium of the world championship. 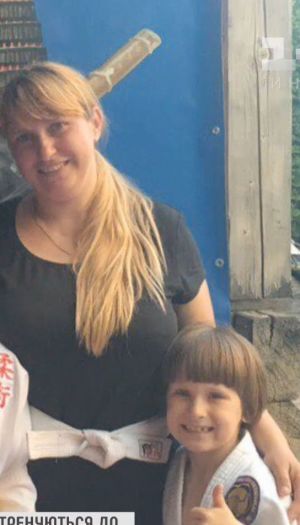 Later, Sasha invited to training camp, the mother and Arkady accompanied her on base, there’s a boy and he began to do the exercises. Svetlana had joined the latter – for the sake of weight loss. Two years ago, she was far from sports woman with a weight of 94 kg, but now she weighs about 70 kg and has a silver world championship medal. “Usually children follow in the footsteps of parents, and then the opposite,” admits the coach, the students who won medals at the world Championships.

Arkady on the way to his gold dealt with opponents within seconds. His achievement was repeated and Sasha. The mother of two world Champions, admits that now does not understand what will be the main incentive to move forward – except to compete with each other in the number of medals and awards. But children have other purposes. “A black belt is, of course, the main goal at all”, says little champion.