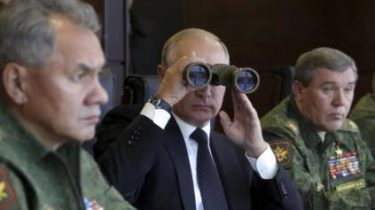 Vice-speaker of VR has shared the results of working group meetings in Minsk.

Russia ignores the issue of releasing Ukrainian political prisoners and hostages in exchange for which the Ukrainian side proposes 23 Russian citizens, convicted of crimes against the Ukrainian state.

This was announced by first Vice-speaker of the Verkhovna Rada and the representative of Ukraine in the humanitarian sub-group of the Trilateral contact group on settling the situation in the Donbass Irina Gerashchenko.

“Russia cares little about forgotten it in Donetsk steppes “atamatov”….. there has been no progress regarding the release of hostages and search of missing persons”, – said Gerashchenko.

Such conclusion is made by results of the next meeting of the TAG and four subgroups, which took place on 16 may in Minsk.

“That was a huge concern, especially given the recent disturbing news about the deteriorating health of our political prisoners and hostages, declared O. Sentsov fasting, prolonged starvation V. Baloha”, she added.

Gerashchenko stressed that the issue of hostages require pressure around the world on Russia.

As previously reported, the terrorist “DNR” made a suspect in preparation of a terrorist attack in the center of Kiev Vladimir Ruban to the lists of the exchange of hostages, which significantly complicates this process.