By order of Poroshenko, the Prosecutor’s office there is a new post 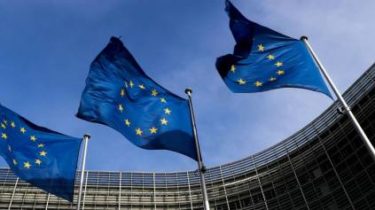 By order of Poroshenko, the Prosecutor’s office there is a new post

This should improve cooperation with Eurojust.

Petro Poroshenko has introduced a new position – attorney liaison for the European organization for justice.

This is stated in the decree of the President №128 from 17 may.

New position created within the Prosecutor General’s office. It provides the trip Advisor of diplomatic missions of Ukraine in other States on the location of Eurojust.

Poroshenko has signed the ratification of the agreement with Europol

As noted, the new Prosecutor will be to ensure the exchange of information between Ukraine and Eurojust, to process the relevant documents and to facilitate coordination of Ukrainian law enforcement bodies with the European. Also, the Prosecutor will participate in the activities of the authority and interact with its officials.

We will remind, the agreement on cooperation with Eurojust Ukraine signed in 2016. According to him, the competent authorities of Ukraine and the EU will be able to cooperate effectively in the investigation and prosecution of serious crimes of a transnational character such as terrorism, drug trafficking, human trafficking, corruption, cybercrime, money laundering, fraud and others.