Club TV and the prohibition of food in the room: the “real” with the “Royal” whims chose a hotel in Kiev 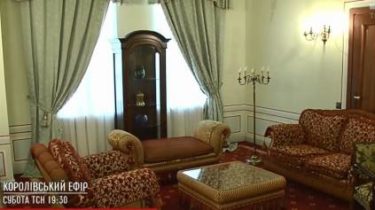 Club TV and the prohibition of food in the room: the “real” with the “Royal” whims chose a hotel in Kiev

The hotel turned out to be lucky for the Spanish national team at Euro 2012.

Finalist of the Champions League and the current holder of the most prestigious club trophy of Europe real Madrid decided on the Kiev residence. The stars of the “Royal club” will live in the same hotelthat the national team of Spain during the final of Euro 2012, says the story TSN.19:30.

TSN visited the hotel, where a week is a live current finalist of the Champions League. The TSN reporter asked the staff, secrets of the rider, whim and prejudice of the team and even experienced the convenience of a bed on which to sleep Cristiano Ronaldo. The rooms in which the players live one of the most renowned clubs in the world, have yet to be allocated between them. In particular, the hotel management still doesn’t know whether to stop Cristiano Ronaldo in a regular room or get a Deluxe room with a large lounge, two bathrooms, living room and bedroom. This room is almost 20 thousand hryvnia, while regular will cost 5 thousand.

The rooms have mini bars, but the alcohol there before the arrival of the players will be removed – leaving only the water. “They have a very strict regime,” – he knows the Manager. Players before the game is forbidden to dine in the air – they will eat all together in a separate room three times a day, and three more are snacking. “They eat pasta, chicken, fish, prescribing their doctor. Soup is not included”, – said the representative of the hotel. Off the players just after the game. “When Spain won the European championship in Kiev, they came back here with 50 packets of McDonald’s, and they ate the night we cooked them the food they ordered, and they came with “McDonald’s,” says the Ukrainian.

The fan zone in Kiev, the match of legends and where to take pictures with the Cup. All about the UEFA Champions League final real Madrid – Liverpool

Restrictions apply not only to food – even to watch on TV, players only what is useful for them. For that real Madrid asked for the period of the team’s stay at the hotel add to the network of club channel. The staff complied with the request and has bought a batch of soccer balls to collect on them the autographs of the star players.