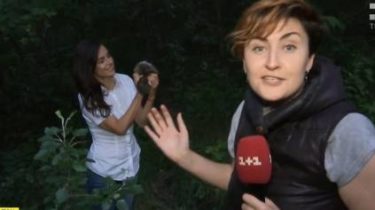 The office of the TV channel nailed animal, and the workers “Snidanku 1+1” began to save him.

In Kiev in the premises of the TV channel “1+1” wandered the hedgehog. First, the witnesses took it for a fun adventure, and only later realized that the animal needs help, says the story TSN.19:30.

Elena Kvitka took the animal to take a picture and realized that spiky had come for salvation. “I noticed that his neck wound, and we took him to the vet,” – said the journalist “Snidanku 1+1”. In the clinic, the hedgehog had emergency assistance – treated the wound and injected antibiotics. Also with the animal removed the rubber band for money – looks like a hedgehog tangled in her still small.

In Poland there is a “hospital”, which treated the crippled city hedgehogs

Vet Mr Balykin explains that the urchins were in the big city and constantly suffer. Journalists took the animal from the hospital after treatment and was taken to his natural areas on the mountain Schekavitsa, and the neighborhood left food and water. The will hedgehog was released on the evening, because this animal, active at night.

The office of the “1+1” return a wounded animal, colleagues began to save him. The hedgehog was wounded neck, so it had to take to the vet, where he began to heal. 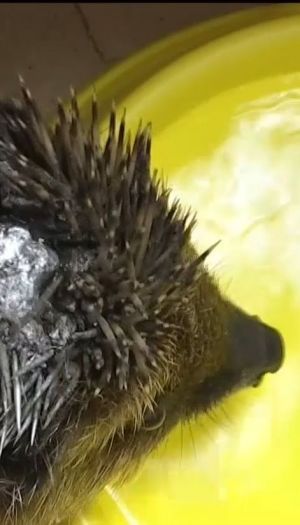