In Kiev, a growing number of cases of SARS and influenza, most of them children 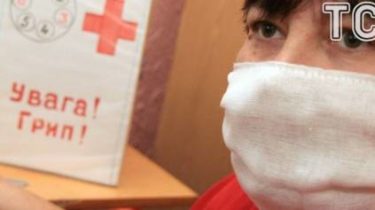 In Kiev, a growing number of cases of SARS and influenza, most of them children

However, about the epidemic speech does not go.

In Kiev for the 20th week of the season was 8193 patients with influenza and SARS, and there is growth in the number of cases compared to the previous week of 12%.

This was announced by first Deputy Chairman of the KSCA Nicholas Poworoznik.

According to Povoroznik, the number of sick children from the total number of people is 67,4%, while the previous week – 69,4%.

At the same time Povoroznik noted that in General, the intensity of the epidemic process is at a level typical for this time of year, now with a prevalence rate of 280 and below the epidemic threshold of 38.3%.

We will remind, earlier in Japan has invented a unique drug, one tablet which overcomes the flu for a day. An experimental drug is called “Balaclavas marbocyl” (baloxavir marboxil). According to its creators, it works quicker than any other medicines.