In Kiev, the police transferred to emergency mode 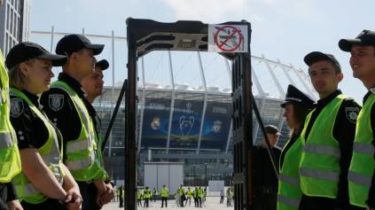 In Kiev, the police transferred to emergency mode

To ensure public order before the end of the Champions League final will be attracted 12 thousand law enforcement officers.

Prior to the completion of the Champions League final in Kiev all units of the interior Ministry will be transferred to the emergency mode of operation.

“To ensure public order in the emergency mode of operation is transferred about 12 thousand law enforcement officers. 6 thousand police officers, almost 4 thousand national guardsmen, thousands of guards and other units,” he said.

Spring also said that at the may 26 match between real Madrid and British Liverpool sold 63 tickets. It is expected that about 11 thousand arrive through the airport “Borispol”, another 15 thousand – for road transport.

The Deputy head of the interior Ministry reported that from 21 may begins an increased level of terrorist threat.

“From today until the end of events, we have an increased level of terrorist threat. Bomb experts from all regions should be promptly and provide timely information about the detection of ownerless things,” he said.

“The best soldiers”. Avakov and the Prince gave their tickets to the Champions League final defenders of the Village Lugansk

Earlier, the interior Ministry published a scheme of overlapping of the Central streets of Kiev during the match of the Champions League final.

Current Champions League final UEFA will take place on may 26 in Kiev. For the trophy will compete against real Madrid and a club from the same British city of Liverpool. Yesterday, foreign fans complained that housing prices in Kiev during the Champions League final has increased in tens times. About 2000 fans of real Madrid have already returned tickets. In this regard, the AMC began a review of Kiev hotels.

Law enforcement officers can learn to deal with fans at the NSC “Olympic”. The day of the match at the stadium and surrounding areas the order will be watching nearly four thousand militiamen. Eight thousand will be on duty on the streets of the capital. 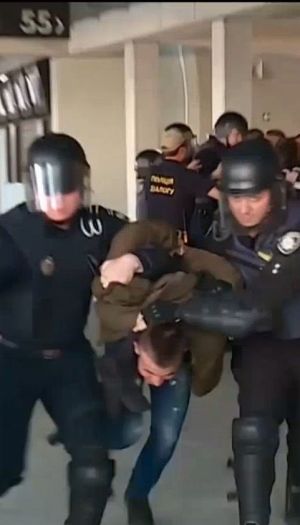