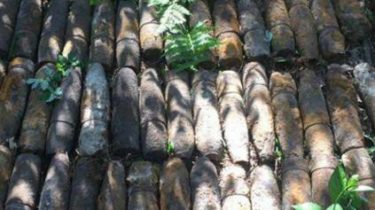 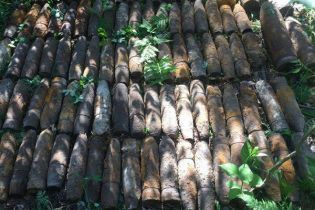 Since the beginning of the year in Kiev, 360 found explosive subjects of times of war.

About it reports a press-service of capital management of the SSES.

“So, on may 20 in Service of rescue “101” the message arrived that in the woods in the Svyatoshinsky district of the capital, on a street of Radio operators, was discovered artillery shells D-152 mm in quantity 4 pieces, D-122 mm number of 18 units and D-76 mm in number of 92 units. All detected munitions during the Second world war”, – stated in the message.

In Luhansk, a man with his son was blown up by an explosive device while mowing grass

It is noted that rescuers have withdrawn all ammunition, and then neutralized them on the ground.

In gschs reported that since the beginning of the year in Kiev, was found 360 explosive subjects of times of the Second world war.

We will remind, recently in the Hong Kong police defused a bomb during the Second world war, which is found on a construction site in the heart of the city. It spent about 20 hours.