Drowned in the sea: Chubarov told about the torture in the occupied Crimea Steshenko and readings for the FSB 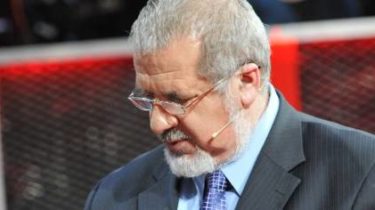 Drowned in the sea: Chubarov told about the torture in the occupied Crimea Steshenko and readings for the FSB

He suggests that Steshenko continue to put pressure “I’m afraid not only a moral one.”

Detained in anacoana Crimea, Kharkiv Alexander Steshenko was tortured and forced to give the desired FSB statement.

This was stated by the head of the Mejlis of the Crimean Tatar people Refat Chubarov, writes “UKRINFORM”.

“This is data that is known to us: from the 11th of April he was tortured by simply endless. He was drowned in the sea many times, just to break it. Then after a while, when he gave the FSB the necessary evidence, he was forced to call loved ones and abandon those lawyers, through which we have received at least some information about where and in what situation it is,” – said Chubarov.

He suggests that Steshenko continue to put pressure “I’m afraid not only a moral one.”

Chubarov connects with the pressure recognition Steshenko on camera that the assistant to the MP Mustafa Cemil Erol Veliyev allegedly asked him in January 2018, to set fire on the Peninsula the house of the mufti of Crimea Emirali ablaeva.

According to Steshenko, he refused this proposal. However, he was allegedly aware that “the burning of the house of the mufti” made himself Veliyev and third party “extremist organization” of some Tretyakov.

According to Chubarova, Steshenko, who could face charges of “concealment of crime”, under pressure from the FSB could incriminate himself.

“The lawyers asked me to be careful not to say it, but I think I’m acting in the interests primarily of Alexander Steshenko. You know, a month in the Russian FSB from any man to do anything – when a person goes through torture, moral coercion, through physical pain when it breaks, and then give a chance if she acts in the line which she was discharged FSB, it will receive, say, a minimum punishment will continue to be free,” – said Chubarov.

We will remind, about the disappearance of Alexander Steshenko became known on April 12 – from human rights activists approached the family of the detainee. Alexander’s mother complained that her son was detained by Russian border guards on PPC “Chongar”. According to the data obtained from the mother, Alexander went to the Crimea to the familiar, which is known for a long time. Before a friend lived in Kharkov, the mother of the missing suspects son’s girlfriend.

In addition there is information that the driver waited the guy at the border about 4 hours before the driver left the employee of power structures of the Russian Federation, taking things out of the car and told the driver not to wait.