In Kiev, a Commission was created to assist volunteers to obtain the status of UBD 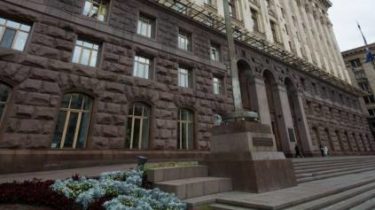 In Kiev, a Commission was created to assist volunteers to obtain the status of UBD

The document elected as the head of the Commission.

Kyiv city state administration has created a special Commissionthat will help dobrovolcy to the status of a person who took part in the fighting.

“The administration created the Commission for the grant in the city of Kiev identity of volunteer fighters that had participated in the defense of the territorial integrity and state sovereignty in the East of Ukraine”, – stated in the message.

It is noted that the same document elected head of the Commission. He became the Chairman of the KSCA for the implementation of local government powers Alexey Reznikov.

The administration reminded that in June 2017 the Kyiv city Council decided that dobrovolcy allows the ATO to obtain the status of combatants.

The decision States that the soldier-volunteer of the ATO can be recognized a person who was or is a part of the volunteer forces and took part in the fighting in Eastern Ukraine, but was not included in the composition of the Armed Forces of Ukraine, Ministry of internal Affairs, the National guard of Ukraine and other military formations and law enforcement agencies