The lawyer of the President of the United States received hundreds of thousands of dollars for the organization of the meeting, trump and Poroshenko – BBC 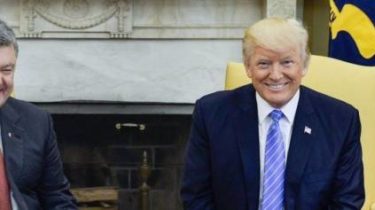 The lawyer of the President of the United States received hundreds of thousands of dollars for the organization of the meeting, trump and Poroshenko – BBC

Michael Cohen, the personal lawyer of the President of the United States Donald trump, got at least 400 thousand dollars for the organization of the meeting the head of the White house and the President of Ukraine Petro Poroshenko.

On Wednesday, may 23, the BBC reports with reference to Ukrainian sources, which are involved in the transaction. The authors of the material Susan Kianpour and Paul wood in its submission on condition of anonymity, were used as sources of existing employees of the presidential Administration, security service, national police, and former member of the Cabinet. At least four people one way or another pledged the story of Cohen.

The payment was allegedly organized by the middlemen who acted on behalf of Poroshenko. At the same time, the BBC reports, Cohen was not registered as a representative of Ukraine, which is required by U.S. law.

The meeting of the presidents of the USA and Ukraine took place in June 2017 in the White house. In this case, the air force notes that shortly after the visit Poroshenko in Washington, the Ukrainian “anti-corruption Agency stopped the investigation against the former head of the election campaign trump Paul Manafort“.

The source, a senior intelligence officer from the office of the President of Ukraine, told the British newspaper that happened before Poroshenko’s visit to the United States.

“Cohen was involved, as could ensure that registered lobbyists of Ukraine and the Embassy in Washington more than a brief meeting Poroshenko with trump for a photo together. Poroshenko had something more that can be imagined as “negotiations”, – quotes the air force of his anonymous interlocutor.

The source reported that Poroshenko in his former assistant asked a Deputy about the help of such meetings. Through his connections in the Jewish charitable organizations of new York came to Michael Cohen. For its services, the lawyer allegedly received 400 thousand dollars.

However, as noted by the BBC, there is no evidence that trump knew about Cohen transferred the money.

British broadcaster BBC, citing anonymous sources, just reported: during the meeting of President of Ukraine Petro Poroshenko with Donald trump in June last year, the personal lawyer of the President of the United States Michael Cohen secretly received at least 400 thousand dollars. One of the sources of his information the BBC calls “a high-ranking security officer in the administration Poroshenko”. 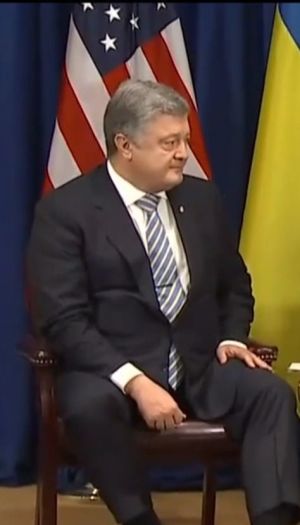 Another source of the British newspaper confirmed this information. But he said that the lawyer was paid a total of 600 thousand dollars.

Sam Cohen during a conversation with BBC journalist has denied the information that allegedly received money for organizing the meeting Poroshenko and trump. In the presidential Administration of Ukraine, according to the British newspaper, refused to comment. The AP also said on TSN questions about the case.

“The agenda of the White house indicated that Poroshenko will meet in the format “drop in” in the oval office with trump, who met with the team. This is what was agreed through official channels. Cohen paid for that Poroshenko got more than a few humiliating short minutes for a quick conversation and a handshake,” the BBC quoted its source.

The source claims that the negotiations about the format of the meeting lasted until early morning of the day of the visit.

According to the BBC, “the Ukrainian side” was very angry due to the fact that Cohen took hundreds and hundreds of thousands of dollars for what, as they thought, cannot provide.

“Until the last moment, the Ukrainian leader was not sure that he can avoid the humiliation. Entourage Poroshenko was shocked at how dirty everything was organized (through Cohen),” writes the British edition.

The BBC writes that Poroshenko wanted a meeting with trump because of what happened during the election campaign of the future President of the United States.

In August 2016, the New York Times published a document allegedly confirms that the campaign Manager of the trump, by Paul Manafort, received millions of dollars from Pro-Russian politicians in Ukraine. It was a page from the so-called “black cash Desk of the Party of regions”, which was previously reviewed by the analyst.

The BBC notes that the document was allegedly handed over to the newspaper of the National anticorruption Bureau of Ukraine (NABU), and finally the publication of the New York Times led to the resignation of Manafort.

Several Ukrainian sources, the British newspaper said that Poroshenko authorized the leak, hoping for victory in the presidential election of the opponent of trump, Hillary Clinton.

The BBC claims that one week after Poroshenko’s visit to the U.S. the NEB announced that it will no longer conduct investigations against Manafort. The publication notes that the investigation was not discontinued, and transferred from the NEB to the Prosecutor General.

As stressed by the BBC, none of the sources did not say that trump asked Poroshenko to “kill” the investigation against Manafort. The publication does not exclude that it could do Cohen.

One of the sources of force in Kiev, said that Poroshenko gave the US President a “gift” – made clear that Ukraine will not find any evidence that the chief of staff trump cooperated with Russia.

“Poroshenko knew what to do, otherwise it would be spitting in the face of trump’s,” the BBC quoted another of his interlocutor. 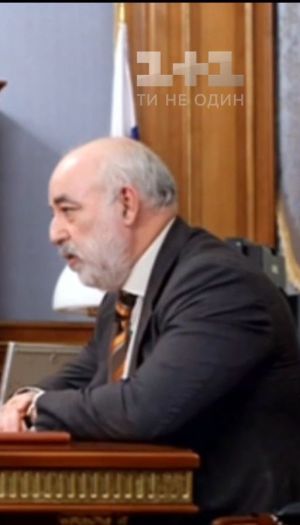